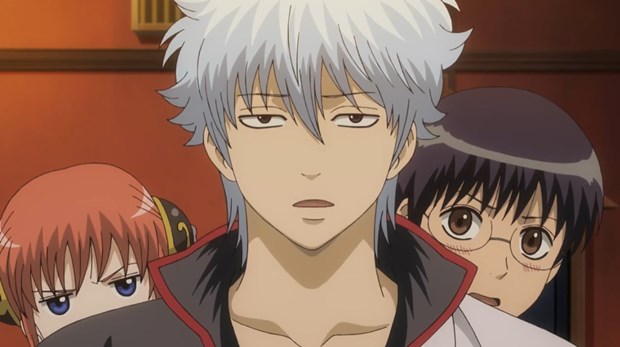 If I had to pick just one anime genre I had to watch for the rest of my life, comedy anime would be it.

Let’s face it, when it comes to the best comedy writing, Japanese anime writers can give writers from any other country a helluva run for their money.

For the last few weeks I have been at my parents’ house in the U.S. due to the coronavirus lockdown, so I’ve been holed up in my bedroom watching anime much of the time.

So funny and so witty are so many Japanese anime writers, my mother has actually arrived in my room several times just to find out what I was watching as I was laughing so hard she could hear me clear across the other side of the house (and it’s a big house!)

Five of the best comedy anime series I have watched during this lockdown though should be on every anime fan’s list.

Because if you enjoy anime that makes you scream laughing, you haven’t seen anything till you have watched these superb series.

One of my all-time favorite anime series, I made a point of rewatching all of Yuru Yuri right at the beginning of the lockdown. After all, if you’re a grown adult trapped at home with your parents’ for weeks on end, you might as well go into it in the best mood possible.

Not that much goes on in The Amusement Club. Instead, the four girls sit around drinking tea and amusing each other, while members of the Student Council occasionally show up at their club house to yell at them.

Yuru Yuri is full of slightly risqué jokes about schoolgirl lesbian love, and centered around some of the quirkiest, silliest, most hilarious characters you will quickly grow to love. It is also a delightful mix of slapstick comedy and incredibly witty and smart writing.

And, if you end up laughing at this comedy anime as hard as I did, you will be happy to know after watching Yuru Yuri, you can go right on into season 2 — YuruYuri♪♪ — followed by OVA YuruYuri Nachuyachumi! (Yuru Yuri Summer Vacation), the third seasonYuruYuri San☆Hai! and the recently released 10th anniversary OVA YuruYuri, (aka Yuru Yuri Ten).

You can watch Yuru Yuri on Crunchyroll.

When it comes to an insane number of deep belly laughs that will have you with tears streaming down your face, it does not get much better than the comedy anime series Kono Subarashii Sekai ni Shukufuku wo! (aka KonoSuba: God’s Blessing on This Wonderful World!)

This story follows hikikomori  Kazuma Satou who, after making a split decision to save the life of a girl that did not need saving, dies himself.

Once in heaven, he is faced with a minor god — Aqua — who does nothing but make fun of him for the way he died before she gives him a chance to be reincarnated in a fantasy world.

Reincarnated if he agrees to go there to kill the Devil King.

Aqua’s big mistake was in making fun of Kazuma, however, because when she offers him the chance to go to the fantasy world while taking a special weapon or other object that may help him in his quest, the sick-to-death of being made fun of Kazuma decides to take Aqua herself.

Soon the two are in the new world, hungry and broke. It is then Kazuma realizes bringing Aqua with him instead of a weapon was the dumbest thing he has done in his life/death.

After all, you don’t get many people more useless than this stupid god.

Follow Kazuma, Aqua and dysfunctional waifus Megumin and Darkness who soon join his party as trouble follows them wherever they go.

Konosuba currently has two seasons out as well as a movie — KonoSuba: God’s Blessing on this Wonderful World! Legend of Crimson.

Every release is comedy gold but the movie Legend of Crimson is the funniest anime I have seen in 20 years of watching anime.

You can watch Konosuba on Crunchyroll.

When angel Gabriel White Tenma graduates top of her class, she is looking forward to being sent to earth to learn about humans so that she can become a fully-fledged angel and help humanity.

As luck would have it, on the day she arrives in her new earthly apartment, Gabriel discovers an MMO video game on her computer and is soon completely addicted to playing it.

So bad is Gabriel’s addiction she doesn’t even bother attending her new high school. Instead, she holes up in her room playing games all day and eating junk food — just like the typical shut-ins she is supposed to be on earth to help.

Gabriel DropOut follows Gabriel and her group of angel and demon friends as they try to navigate human high school. Once Gabriel finally leaves her apartment, that is.

One of the best comedy anime series released in the last few years, Gabriel DropOut has an hilarious cast of quirky characters with angels that act like demons and demons that act like angels.

The writing is smart and funny, the voice acting is superb, there is the obligatory fan service in moe comedy series of this kind (but funny fan service!) and protagonist Gabriel is that truly obnoxious character you still cannot help but love.

This one was a comedy anime I stumbled on just by chance, as it has been quite underrated since its release, but quickly became one of the few anime I laugh out loud while watching.

It currently has one season and two OVA released. I am now waiting not remotely patiently for season 2.

Gabriel DropOut is on Crunchyroll.

Tired of his out-of-control temper, his father sends him to the Goto Islands so he can spend time away from Tokyo and reflect on why he is making the bad choices he makes.

Once there though, Seishu realizes quickly it’s going to be a helluva difficult task to do the work he normally does as the islanders simply will not leave him alone.

Supremely annoying child Naru Kotoishi in particular is a constant source of stress to Seishu, as are the old men constantly barging into his house and the neighbors prying into his life.

As time goes on, however, Seishu begins to realize the joys of human companionship and how even children like Naru and the middle school students suddenly showing up in his life provide something he never had in Tokyo.

The ability to care about others and to enjoy life. Even if that enjoyment of life is not what he would have expected when he was still in Tokyo and stressing about his career.

Barakamon is on Funimation.

For one of the weirdest, funniest, most unusual and longest comedy anime series in existence, Gintama gets the prize.

With more than 300 episodes, Gintama combines action, drama, comedy, aliens and Yakuza. Oh and yep, it all takes place in an alternate history feudal Japan.

The story follows protagonist Gintoki Sakata, a samurai who is forced to work freelance and do odd jobs to pay the bills.

The problem is swords are not allowed to be carried in public, an invading Alien force has taken over the world and even controls the government, and life can be tough.

What makes Gintama so good is the characters (and their voice actors), the weird world they find themselves in and the hilarious writing.

Protagonist Gintoki Sakata also has one of the most interesting backstories in anime.

The main trio — Gintoki, Shinpachi and Kagura — have superb chemistry and, while they are friends, they have no problem in giving each other a hard time when needs must. Some of these scenes are the funniest in all of anime history.

If you do decide to watch Gintama, be aware, with 300-plus episodes, you are letting yourself in for a loooooong slog.

A slog, however, that will quickly become one of the best periods of anime you have ever been in as this series is brilliant.

You can watch Gintama on Crunchyroll.

Related: The 10 best slice of life anime you really should be watching