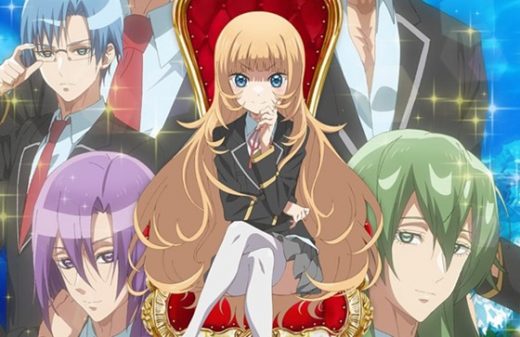 One reason I am interested in the upcoming Trapped in a Dating Sim anime is because it is being directed by Kazuya Miura of Uzaki-chan Wants to Hang Out! fame. One of my favorite comedy anime of 2020.

Another is because the character art style is pretty.

The visual features the bratty and manipulative Marie Fou Lafan (yep, I have read a couple of volumes of the light novel series!) sitting on a throne, surrounded by all the main male characters in the anime.

Yep, Marie is certainly a handful.

But, I do like that art style with the dreamy looks on the guys’ faces, and the way Marie looks lively and mischievous. 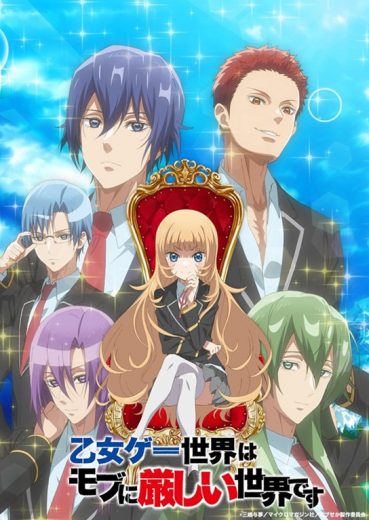 Along with the pretty and quite dreamy Trapped in a Dating Sim key visual, six new cast members were also announced today.

As well as with the aforementioned Kazuya Miura directing, Shinichi Fukumoto is also taking on the director role on the anime.

Kenta Ihara (The Hidden Dungeon Only I Can Enter) is in charge of series composition, with Masahiko Suzuki as character designer.

ENGI (The Detective Is Already Dead) is in charge of anime production. 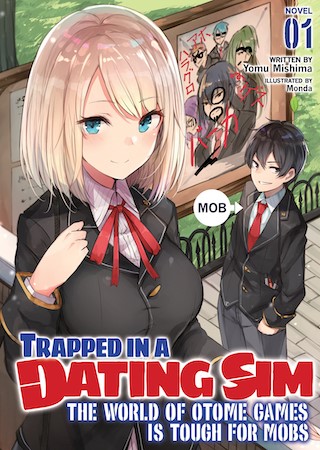 The Trapped in a Dating Sim: The World of Otome Games is Tough for Mobs light novels

The upcoming Trapped in a Dating Sim anime is based on the light novel series written by Yomu Mishima and illustrated by Monda. The series currently has eight volumes published in Japanese.

There are also five volumes in English now out via Seven Seas Entertainment, with the sixth volume releasing in June.

Seven Seas describes the first volume of the isekai series like this:

Office worker Leon is reincarnated into a dating sim video game, where women reign supreme and only beautiful men have a seat at the table. But Leon has a secret weapon: he remembers everything from his past life, which includes a complete playthrough of the very game in which he is now trapped. Can Leon spark a revolution to change this new world order?

Mark your calendars if you like a good isekai because, if it is anything like the first two volumes of the light novel series, it will be much more interesting than your typical ‘transported to a different world’ anime.

You’ll see when The Trapped in a Dating Sim anime premiers in April.