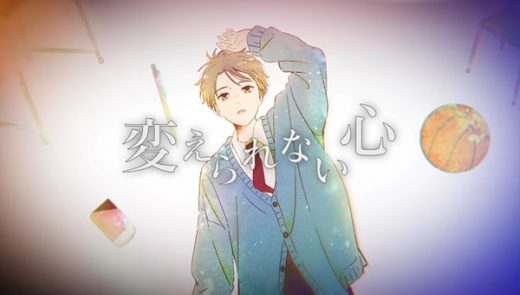 The Trapped in a Dating Sim opening theme song has just gotten a full music video. It’s a cool video to go with one of the best anime theme songs of 2022 so far.

The Trapped in a Dating Sim: The World of Otome Games is Tough for Mobs’ OP is ‘Silent Minority‘ by Kashitaro Ito, and is a song that is the perfect vehicle for Ito’s amazing voice — particularly those high notes he hits. Over and over again.

Ito’s ‘Silent Minority‘ music video is a school-themed animated video that seems to echo perfectly the feel of the otome world the anime’s protagonist Leon Fou Bartfort is trapped in.

The highly dramatic song also captures the feel of Leon’s emotions as he tries to live a normal life in his new world, but fails due to all the weird circumstances he soon finds himself in.

Ito himself is known for distinct vibrato vocals, with a wide vocal range.

He is recognized more as a VOCALOID singer than as a pop or anime theme song singer, although he is also beginning to make a name for himself in those areas of the music world.

No wonder really as Ito’s voice is not only powerful, but incredibly unique.

Watch Kashitaro Ito’s ‘Silent Minority‘ music video below. The theme song itself is a helluva banger, and one I’ve had on repeat for half of the morning since this video came out.

As for the anime, the first episode of Trapped in a Dating Sim: The World of Otome Games is Tough for Mobs aired on April 3rd, and is currently being streamed in the west via Crunchyroll for premium members.