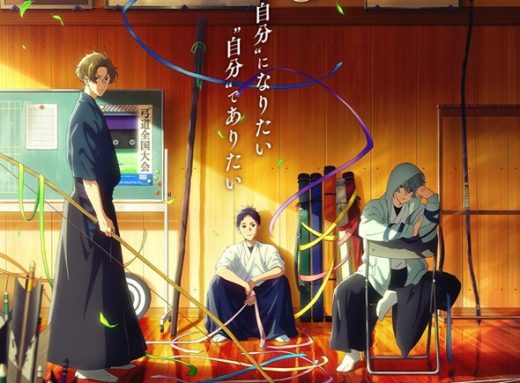 The Kyoto Animation sports anime Tsurune is finally confirmed to be getting a second season.

The announcement came during a stage event for the new Tsurune The Movie: The First Shot in Tokyo today, when cast members revealed the second season of the archery-themed anime will have a January, 2023 premiere.


It was confirmed on the anime’s official website soon after.

Along with the announcement, a Tsurune Season 2 teaser visual was released. (See below)

New cast member Jun Fukuyama (Draluc in The Vampire Dies in No Time ) was also announced. He will play new character Eisuke Nikaidou, who is a second-year student at Tsujimine High School.

Tsurune is based on the light novels written by Kotoko Ayano and illustrated by Chinatsu Morimoto, which were published by Kyoto Animation in 2016 and 2018.

The first season was streamed by Crunchyroll, with a follow up movie released earlier this month.

Crunchyroll describes the plot of the anime this way:

When Narumiya Minato joins Prefectural Kazemai High School, he is quickly invited to join the archery club by the club’s advisor, Tommy-sensei. His childhood friends Takehaya Seiya and Yamanouchi Ryohei swiftly agree to join, but Minato is hesitant at first.

Because Minato is the rare student with experience in archery, Tommy-sensei orders him to give a demonstration, which Minato does… except his arrow doesn’t hit the target. It is revealed that Minato has developed a terrible dysfunction regarding archery.