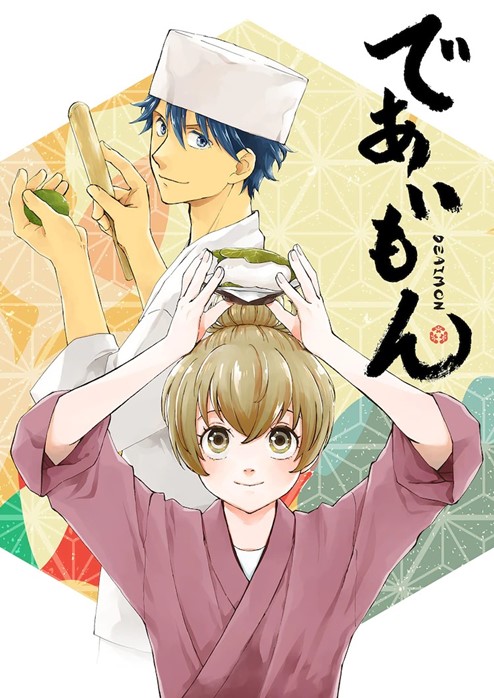 A new anime series adapted from the sweets manga Deaimon was announced back in April and, at the time, I was struck by how adorably cute the first two released visuals looked.

Along with the Deaimon key visual, the anime’s lead cast, main staff and a 2022 broadcast were also announced.

The anime follows main characters Nagumo and Itsuka — Nagumo who has left his father’s confectionary business in order to be a musician, but then has to come back and help run it when his father is sick, and Itsuka, a mysterious girl working at the shop who has been named the business’s successor in Nagumo’s absence.

The pair have to figure out how to work together, while running the shop and making it successful, and also have to find a way to deal with their animosity towards each other.

The two lead actors announced today are Nobunga Shimazaki (Yuki in Fruits Basket) who will play Nagumo, and Kozue Yuki who voices Itsuka. It will be the first anime role for Kozue.

Directing Deaimon is Fumitoshi Oizaki (Aokana: Four Rhythm Across the Blue) via Encourage Films, with Reiko Yoshida (Violet Evergarden) in charge of and writing scripts, and Sakae Shibuya (A Centaur’s Life) as both chief animation director and character designer.

No word yet on when in 2022 Deaimon will premiere, but we’ll keep you posted as soon as we find out.