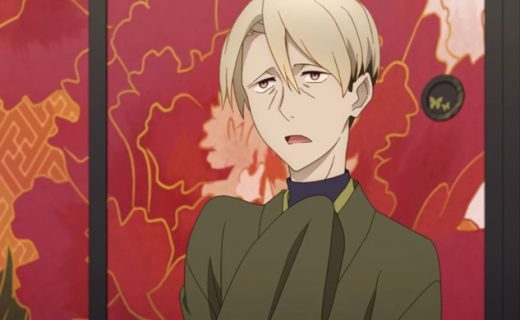 While most of the other My Master Has No Tail characters are upbeat and cute, Utaroku Ebisuya is far from that.

In fact, Ebisuya is not only pessimistic and dark, as he spends much of his life smoking cigarettes, it also appears his health probably isn’t that good.


At least if the just released Utaroku Ebisuya character video is accurate.

But, while Ebisuya may appear cynical and downbeat off stage, he is known by his fans as a rakugo master who is highly emotional on stage as he tells his comical stories.

The new Utaroku Ebisuya character video is one of a slew that have been released over the last week, as the My Master Has No Tail production committee seems to be in high gear as it promotes the upcoming supernatural anime series.

My Master Has No Tail is being directed by Hideyo Yamamoto, with series composition and scripts by Touko Machida. Ryo Yamauchi is responsible for the character designs for Ebisuya and every other character.

My Master Has No Tail is set to premiere on September 30th in Japan.

Watch the Utaroku Ebisuya character video, along with the six others released earlier in the week, and you will quickly see how rich and diverse the anime’s main characters seem to be.