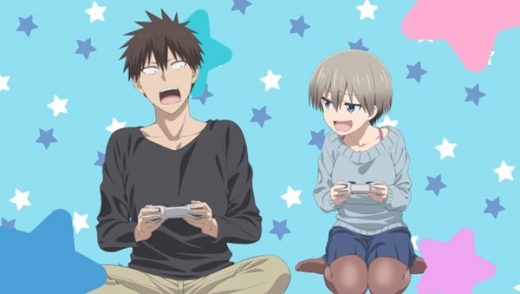 The last time we saw Uzaki and Sakurai at the end of the first season of Uzaki-chan Wants to Hang Out!, Sakurai was telling the crazy girl it didn’t have to be summer break for her to hang out with him, she could do it whenever she wanted.

That’s how close the pair came in the first season of this funny romantic comedy anime.


That’s also why I have been looking forward to Uzaki-chan Wants to Hang Out! Season 2 since this cute graphic was released to see just what this pair get up to next.

And how much closer they become as the second season progresses.

The premiere of that season is apparently the thing that is now coming closer, as a new Uzaki-Chan Wants to Hang Out! Season 2 trailer has just been released today, along with a key visual.

The second season of the anime is titled Uzaki-chan Wants to Hang Out! ω and features more interaction with Uzaki’s family than in the previous season.

Including her previously un-introduced younger sister Yanagi. (Played by Seina Kato in her debut role).

All of Uzaki’s family members, including her sister, are introduced properly in the just released Uzaki-chan Wants to Hang Out! ω trailer, as well as shown on the latest key visual.

Watch the Uzaki-chan Wants to Hang Out! ω trailer below, and check out the cute key visual for the upcoming season above.

Meanwhile, there is no word yet on when Uzaki-chan Wants to Hang Out! ω will premiere, with the trailer just saying “Some time in 2022”.

The first season of the anime though is currently streaming via Crunchyroll. If you are a premium subscriber.