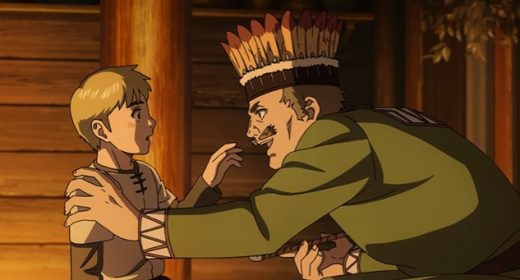 The official Vinland Saga Season 1 Limited Edition Blu-ray is now on pre-order at Sentai Filmworks and, if you enjoyed this historical adventure as much as I did, it is a set you really should pick up.

Yep, that’s a lot of superb entertainment in just one box. 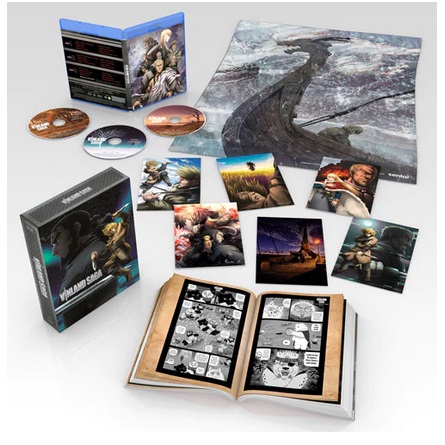 Sentai Filmworks has this to say about the plot of the anime:

Raised in peace and on fanciful tales of a mythical far-off land without war, young Thorfinn dreams of someday traveling to the fabled Vinland. That dream is shattered when threats from the legendary Jomsvikings put him in the path of a band of Viking mercenaries, forcing Thorfinn’s father to sacrifice himself to the band’s leader: Askeladd.

Alone and far from home, Thorfinn joins the forces of his father’s slayer, determined to compel a duel with the mercenary leader and avenge his father.

However, Thorfinn quickly finds himself ill prepared for a soldier’s life in the long war between Denmark and England…where the opportunistic Vikings earn coin by fighting for both sides. Now he must learn how to fight and survive, even if it means facing friend and clan in battle.

Do note, though, there are limited quantities available, so you can only order 2 sets at the most.