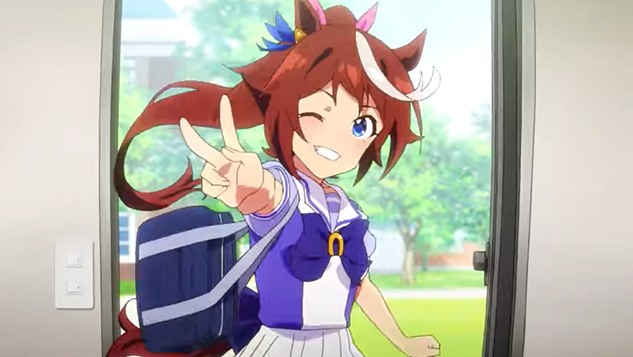 The animated sequences include both the opening and closing theme songs:

with the ED titled ‘Komorebi no Yell‘ (“A Yell Like Sunlight Filtering Through the Trees”) and sung by characters Tokai Teio (aka voice actress Machico) and Mejiro McQueen ( actress Saori Ōnishi).

The first season of the anime series was a surprise hit as, although the premise of the show sounded like it could quickly end up in creepy territory, it didn’t at all.

Instead, the show is so fun and cute, anime fans quickly fell in love with the adorable horse girls and, of course, with the gorgeous artwork.

From fan comments on Crunchyroll so far,  it looks like Season 2 is likely to be just as popular.

Episodes 1 and 2 of Umamusume: Pretty Derby are already streaming on Crunchyroll, with a new episode every week set to release through until the end of March.

Unlike Season 1 of the anime, which spent much of its time on Special Week, Season 2 is spending a lot of time on Tokai Teio and Mejiro McQueen.

No complaints from me.

Watch and listen to the utterly adorable Umamusume: Pretty Derby OP and ED (above and below). Then head off to the watch the series on Crunchyroll.