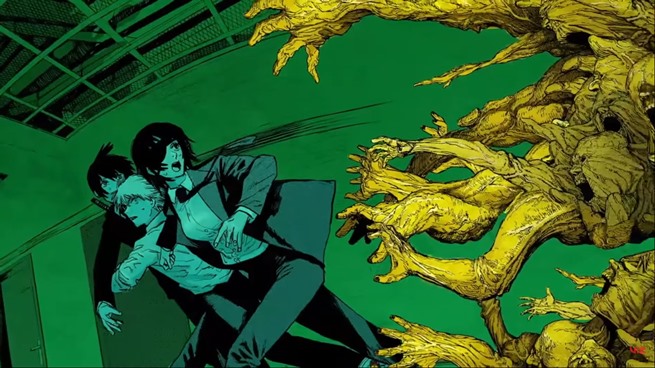 With the first season of the Chainsaw Man anime ending this week, fans are looking for other ways to stay in touch with those amazing characters. At least until a second season reaches our screens.


Including reading the hit manga series the anime is based on.

With Season 2 of Chainsaw Man likely on its way either this year or next though, some fans don’t want to read more of the manga than up to the chapter where the anime left off.

After all, reading past that, and it would spoil surprises to come.

What chapter is that though? What volume? And is everything in the manga covered in the anime series itself? 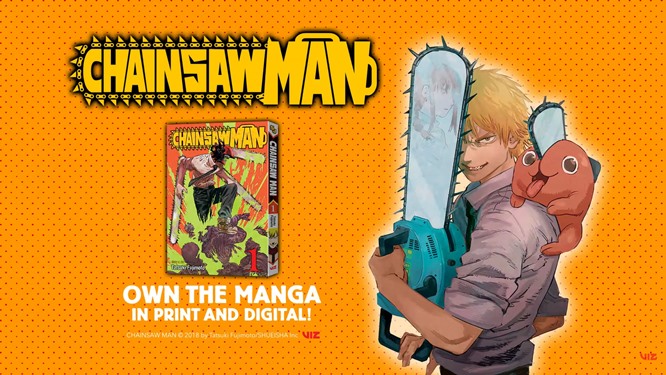 What chapter of the Chainsaw Man manga does Season 1 of the anime end on?

The first season of Chainsaw Man covered events in the manga from Chapter 1 to Chapter 38.

Chapter 39 is also included in Volume 5, but it wasn’t animated in the just-ended anime series.

Events in that chapter, though, are not that important in the grand scheme of things (they take place between Denji and Makima), so you could read Chapter 39 and not spoil things for yourself too much in a new season of the anime.

As for whether everything in the Chainsaw Man manga series is included in the anime series, I would say most of it has been so far.

Sure, a few minor things have been missed out or changed but, for the most part, the anime series has been kept quite close to the original Tatsuki Fujimoto written and illustrated manga.

In other words, if you just want to read the Chainsaw Man manga up to the events at the end of the first season of the anime, buy Volumes 1 through 5, and then avoid reading Volumes 6-12 until they have been covered in the next anime series. (But, of course, you should still buy them)

There is also a Volume 13 coming out in January, 2023 in Japanese, with a subsequent English language translation likely to be out not too long after.

That also means there is still plenty of material in the Chainsaw Man manga itself for at least two more seasons of the anime. If not more.

You can currently pick up the Chainsaw Man manga at Amazon, Barnes & Noble, and various other bookshops via Viz Media.

Watch the crazy trailer for the first volume of it below as, if nothing else, it will make you laugh.

RELATED: Chainsaw Man Ending Animation is the sweetest thing as it has Aki, Power and Denji shopping together as a family