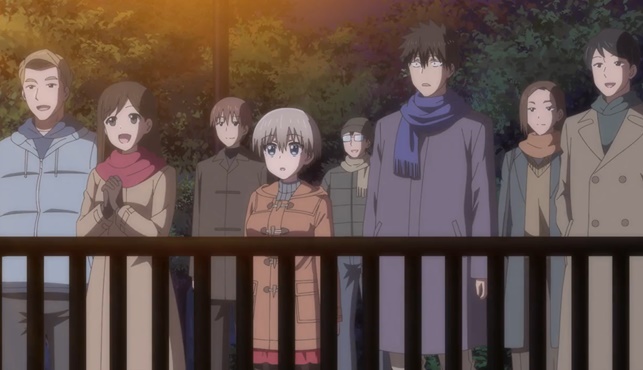 If you are like me, you are probably more than slightly disappointed that Hana Uzaki and Shinichi Sakurai still haven’t ended up dating.

Even though Uzaki-chan wa Asobitai! Double (aka Season 2) was hinting all the way through that that is what we could soon expect.


And that means fans now have two choices.

After all, at the end of Season 2, we left Uzaki-chan and Sakurai holding hands as they watch the first sunrise of the new year, while promising they will be spending even more time hanging out going forward.

While Sakurai has at least now admitted to himself he likes Uzaki-chan, and so probably needs to “make things right” with her, sooner rather than later.

So, what chapter of Uzaki-chan wa Asobitai! manga does anime Season 2 end on, and where do you need to start reading to find out more? 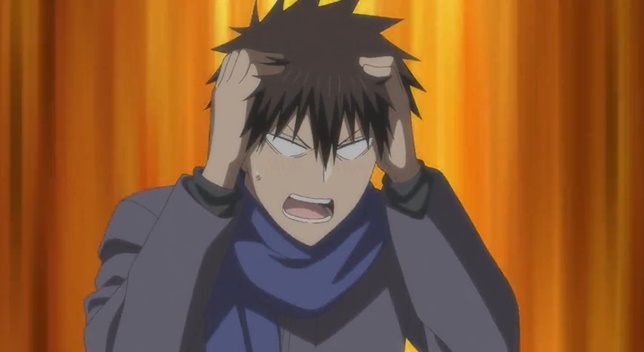 What chapter does the end of Season 2 of the anime finish on?

Episode 13 of Uzaki-chan wa Asobitai! Double ended with us all now knowing Sakurai has feelings for Hana, but he still hasn’t quite yet managed to tell her.

In her annoying over-the-top way, Hana has also (sort of) figured it out, but doesn’t seem to understand just how freaked out Sakurai is by it all.

Or the reason why he is putting off telling her. (His parents being so ‘all over’ each other, he just finds the whole thing about love to be incredibly embarrassing).

In the Uzaki-chan wa Asobitai! manga, those last scenes in the anime take place in Chapter 69, which is in Volume 7 of the series.

That volume also includes a couple of extra stories, neither of which spoil anything coming up in events not covered in Season 2 of the anime. So you are safe in reading Volume 7 through to the end, if you don’t want to know.

In other words, if you read Uzaki-chan wa Asobitai! manga up to and through Volume 7, you are pretty much caught up with the anime.

If you want to find out if Sakurai confesses to Hana, or if she does it first, you will find that out in Volume 8. (And, believe me, it is definitely worth the wait).

In the west, Seven Seas Entertainment has licensed the manga series, and you can currently grab Volume 7 and Volume 8 via their website, with Volume 9 also due out in June.