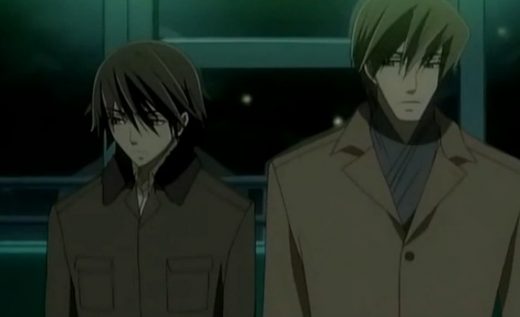 One of the funny but also sad things about the Junjou Romantica anime is, no matter how many times Usagi-san tells Misaki he loves him, Misaki refuses to say it back.

Sure, he sort of says it in Junjou Romantica, Season 1, Episode 4, “Fear is often greater than the danger itself“when he gets upset about Usagi paying attention to his editor Aikawa, and believes the two are dating.


Later on, when he has a freak out about it, and Usagi asks him why he was being so stupid thinking he was dating Aikawa when he obviously loves him, Misaki eventually tells Usagi “I love you… probably”.

From then on, and well into Season 2 of the anime then, this is the only time Misaki tells Usagi he sort of loves him.

Even though Usagi complains about Misaki’s tsundere personality many times, and keeps asking him why he won’t confess to him. 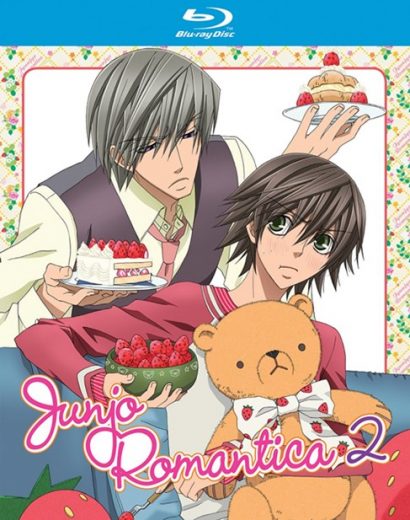 When does Misaki tell Usagi-san he loves him for the first time?

The first time Misaki finally confesses his feelings to Usagi-sa is in Season 2 as a result of an incident with Misaki’s friend, Sumi (Season 2, Episode 5, “Many a true word is spoken in jest” — but this is not when he tells Usagi he loves him).

In that episode, Sumi tries to steal Usagi away from Misaki while Misaki is sleeping.

He tells Usagi he is “better for him”, and the only reason Misaki is with Usagi is because Usagi forced him to have sex with him early on in their relationship.

Related: Is the Junjou Romantica manga series finished? Sort of and no…

While this is a guess on Sumi’s part, Usagi remembers when he did that, and it makes him believe he will only end up hurting Misaki one day.

That is why, by Season 2, Episode 9, “Out of the frying pan, into the fire“, Usagi has convinced himself it would be better for Misaki to stay away from him.

So he tells him he should probably move out.

The scene where Misaki finally tells Usagi he loves him takes place in that episode on a Ferris wheel, when Misaki realizes he has to say something to Usagi to stop him worrying about their relationship. (And it is the sweetest scene).

So he takes a deep breath and tells him “It’s okay, Usagi-san. I love you”. He then goes on to tell him he knows Usagi would never hurt him, because he never has.

And that’s when Usagi realizes Misaki has never thought he was forced into a relationship, as he loves him and always has.