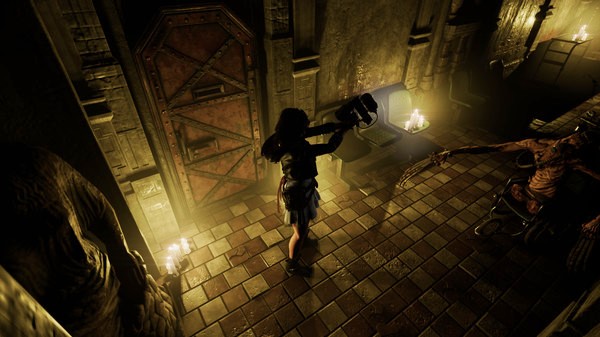 After all, the PQube game has been out on Steam, PS5 and Xbox Series X since August this year, and is getting thousands of “Very positive” reviews on every platform, with gamers raving about its old school Silent Hill vibe, its superb puzzles and solid plot.

With the news today Tormented Souls is coming to PS4, Xbox One and Nintendo Switch early in 2022 then, there are likely to be many survival horror fans suitably excited.

There hasn’t been a specific release date announced yet, but rumor has it February, 2022 is looking good.

The official blurb for the game has this to say:

Classic survival horror is back! Inspired by the original Resident Evil and Alone in the Dark series, Tormented Souls modernizes with a fresh twist on the fixed perspective adventure – as Caroline Walker investigates the mysterious disappearance of twin girls in a terrifying mansion-turned-hospital.

For those who own Tormented Souls on an already-supported platform, they will be happy to know there is a free update heading their way on Thursday of this week.

That will add a new outfit for Caroline (well, she was de-robed in a bath tub soon after we first came across her!), and a nail gun that metes out a heckuva lot of damage. Cool.