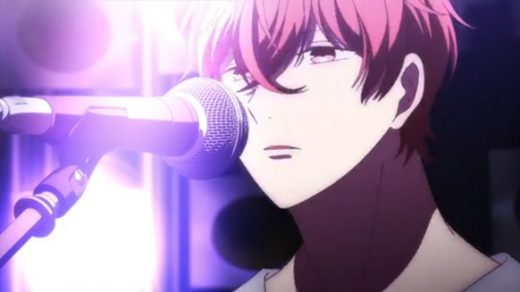 The recent Boys’ Love anime Given is famous not only for it being a superb romance anime, but also for one particular song — ‘Mafuyu’s Song‘ — aka the song’s real title ‘Fuyu no Hanashi‘.

A song main character Mafuyu Satō sings on stage about his feelings over his lost love Yūki’s death, and a performance that just grabs you by the heart.


If you haven’t watched Given yet (and why not, as it’s the perfect Boys’ Love anime!) but have heard the song, you’ll want to know what episode the song shows up in, so you can watch it.

And, of course, if you have watched Given, loved Mafuyu’s ‘Fuyu no Hanashi‘ as much as the rest of us, and wanted to watch it again, then you’ll need to know what episode the song appears in as well.

Here you go then:

‘Fuyu no Hanashi‘ is sung by Mafuyu (voice actor Shōgo Yano) in Episode 9 of Given — during the band’s live performance at the club.

It is the first song the band performs on stage, so the intro conversation for the song begins at around minute 8:59 in the episode, with the first bars of the song starting at around 9:25 and Mafuyu’s performance kicking in right after that.

Oh and yep, that episode is also the first time Ritsuka kisses Mafuyu right after the song ends, and the pair leave the stage together.

Just in case, you know, you wanted to see that too, eh!

You can watch all 11 episodes of Given, including Episode 9, and the follow up movie on Crunchyroll.

Oh, and there are two fabulous live performances of ‘Fuyu no Hanashi‘ given by voice actor Shōgo Yano you should also watch, if you love this song as much as I do.