One of the movies I have been desperate to see for eons is the Whisper of the Heart live action film, which is based on the hit manga and subsequent 1995 anime film.

The anime film based on the Aoi Hiiragi written manga, of course, was written by Hayao Miyazaki and is now an anime classic.


From the just released Whisper of the Heart trailer, the live action film is likely to be the same. Although, from the scenes in the trailer, the film appears to be much more dramatic and more emotional than its anime prequel.

The new Whisper of the Heart trailer features Nana Seino as Shizuku and Tori Matsuzaka as Seiji, with the movie’s theme song — ‘Tsubasa wo Kudasai’ (Give Me The Wings) by Anne — also prominently featured. 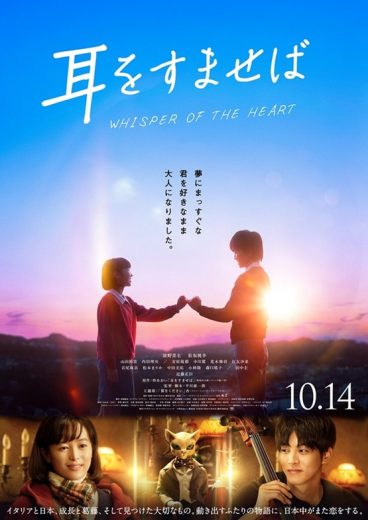 Check out the film’s heart-warming official poster above, and watch the newly released Whisper of the Heart trailer below. Unfortunately, it doesn’t have English subtitles. Yet.

Now that looks like it will not only meet, but likely surpass my expectations. How about you?

As for the original Whisper of the Heart anime film, you can currently watch that on Netflix. If you haven’t yet seen it, do, as it is one of the anime world’s most loved films for a reason.

The Whisper of the Heart live action film is due to release on October 14th, 2022 in Japan.