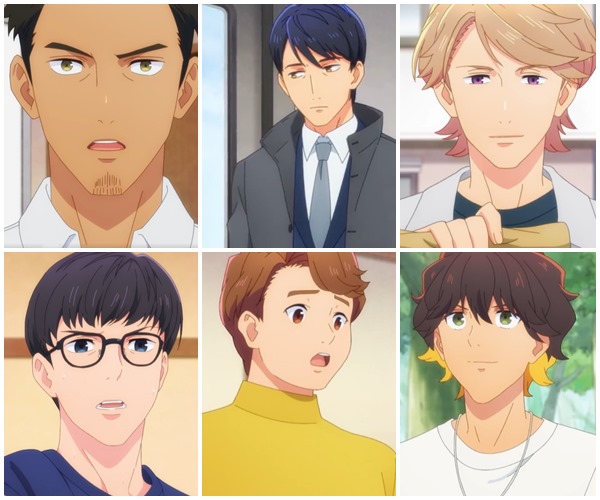 One of my favorite anime of the Fall 2022 anime season is the middle-aged idols series Eternal Boys. An anime that has not yet, sadly, been released in most of the west, so requires some slightly more dodgy ways to view it.

It is a 15-minutes-per-episode original anime that follows the careers of six newly recruited would-be idols. Men who are in their late 30s or 40s, and so aren’t the people you necessarily think of when you think about K-pop idol groups.


Especially as all six idols have current lives they are finding to be more than a bit of a struggle.

What makes Eternal Boys stand out, though, is not just the sometimes quite touching story of each middle-aged trainee idol, but also the cute plot and the songs that are being released from it.

Songs like the anime’s first single ‘Eternal‘, which came out last week, as well as the show’s theme songs ‘Dreamy Love‘ and ‘Friends‘.

But the main thing I love about the Eternal Boys anime is the performances of the six Japanese voice actors who portray the idols themselves — Kentarou Sanada, Naoki Ishida, Daisuke Yamanaka, Makoto Kakizaki, Haru Asai and Tsuyoshi Imagawa.

So who are these superb veteran voice actors, and what hit anime have you likely heard them in before? 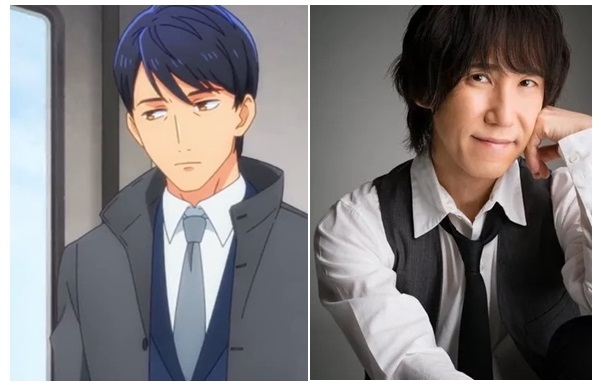 Kentarou Sanada is the first would-be Eternal Boy we meet. A salesman who lost his job after his company went background and who now, because of his age, is struggling to find another similar position.

As his unemployment benefits are running out, he accepts a position with an entertainment company thinking it is a sales position. It is only when he shows up for his first day at work, he discovers he will be training as a middle-aged idol in a brand new boy band.

Kentarou Sanada is voiced by Daisuke Hirakawa, who you will definitely have heard in many of your favorite anime series.

The 49-year-old actor played Shougo in Platinum End, Sumeragi in Peach Boy Riverside, Enmu in Demon Slayer -Kimetsu no Yaiba, Frankenstein in Noblesse, Bernhard in Legend of the Galactic Heroes: The New Thesis – Stellar War, Shuu in Domestic Girlfriend, Rei in the Free! series, Saint Germain in Code:Realize ~Guardian of Rebirth~, and Laito in Diabolik Love.

Daisuke Hirakawa was born in Niigata, Japan on June 4th, 1973. He is one of the few freelance voice actors in Japan, and is also Orlando Bloom’s offiial Japanese voice over actor. 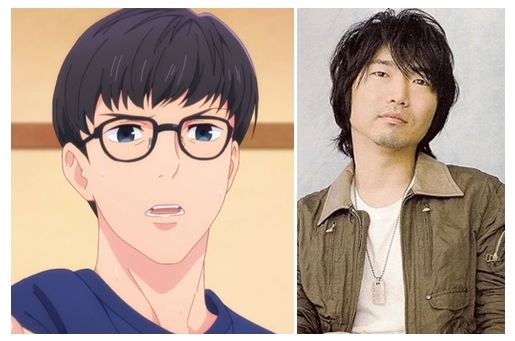 One of Japan’s busiest and most successful voice actors, Katsuyuki Konishi is responsible for the voice of Naoki Ishida — a former teacher, and a secret years-long fan of also middle-aged but very successful idol group Gentlemen.

Naoki wanted to be an idol himself from being a teen, but never had the courage to go for it. But now he is middle-aged, he has decided this is his last chance. That is why he is the hardest-working and most responsible member of Eternal Boys.

And, of course, if you have watched just about any anime, you will have heard the now-49-year-old Katsuyuki Konishi’s voice in most of them, as he has had main roles or supporting roles in several hundred of them.

Oh, and of course, my favorite anime character of all time — Takano in Sekaiichi Hatsukoi.

The Japanese actor was born in Wakayama, Japan on April 21st, 1973, and also voices a huge number of video game characters, as well as does the Japanese dub for characters in movies like Jason Bourne, Night of the Living Dead and The Fast and the Furious: Tokyo Drift. 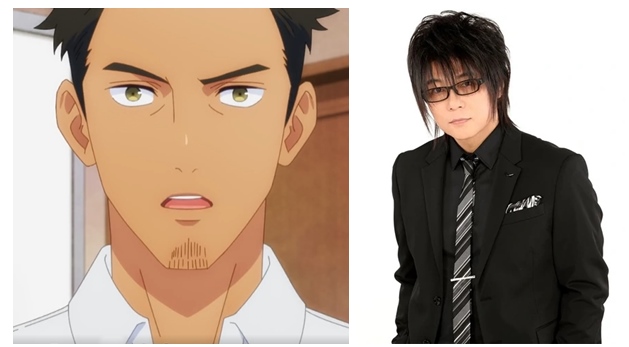 Another veteran voice actor, Toshiyuki Morikawa, voices Daisuke Yamanaka — a former manager at the entertainment company that is now the agent for the Eternal Boys idol group.

Hired by the owner, Daisuke wanted to be the best manager the company ever had, but when the owner dies and the company is taken over by his daughter, he learns it is losing money. It is then that Daisuke comes up with the idea of a middle-aged idol group, so he can really put the company on the map.

The only problem for Daisuke is the new owner will only allow a middle-aged idols group to be formed if Daisuke himself becomes one of the members.

55-year-old actor Toshiyuki Morikawa is also the CEO of Axlone, the voice acting agency he founded in 2011.

He is known for his roles as Yoshikage Kira in JoJo’s Bizarre Adventure: Diamond Is Unbreakable, Dante inDevil May Cry, Kagaya Ubuyashiki inDemon Slayer: Kimetsu no Yaiba, Julius Novachrono in Black Clover, Boros in One Punch Man, Isaburo Sasaki in Gintama, Isshin Kurosaki in Bleach, August in The Case Study of Vanitas, Keiichi in Yes, No, or Maybe?, Seijirou in Sword Art Online: Alicization and Ryuuichirou in Junjou Romantica.

Toshiyuki Morikawa is also the official voice dub of both Tom Cruise and Ewan McGregor in Japan.

Learn more about the veteran voice actor on his agency profile. 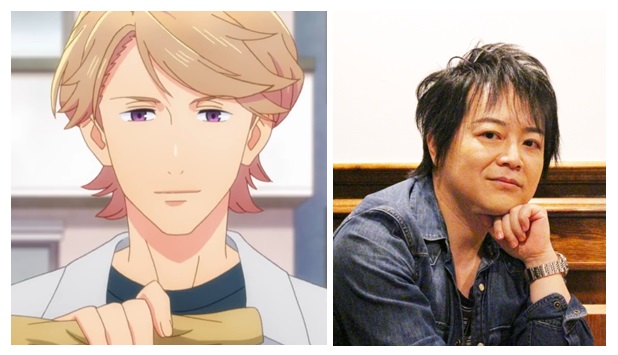 The most beautiful member of the Eternal Boys idol group, Makoto Kakizaki, is voiced by another veteran Japanese actor — Nozomu Sasaki.

Makoto Kakizaki is a former #1 host, and the now owner of a host club. Things he always did so he could make enough money to support his mother and sister.

Right before his mother died, however, she told him to do what made him happy so, when the owner of an entertainment company asked Kakizaki if he would join a middle-aged idol group, he agreed.

Active in the anime industry since 1986, 55-year-old Nozomu Sasaki has voiced a slew of favorite anime characters over the last 35 years, including Eriol in Cardcaptor Sakura, Hiroto in Soukyuu no Fafner: Dead Aggressor – Exodus, Yuusuke in Yuu☆Yuu☆Hakusho Picture Drama, Jin in The Prince of Tennis, Takahiro in 7 Seeds, Mitsumata in Ranking of Kings, Hyrein in World Trigger, Mihael in Death Note, and Johan in Monster.

Learn more about Nozomu Sasaki via the actor’s official website. 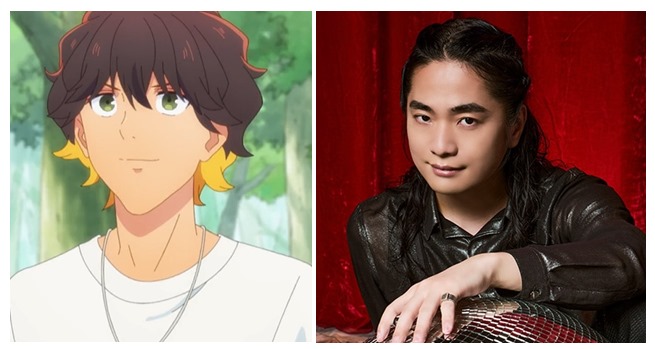 43-year-old actor and singer Jun Fukuyama plays Eternal Boys‘ would-be idol Haru Asai, a just-retired footballer who, at the age of 35, is the youngest of the idol group.

Haru is divorced with a young son and, after retiring from football, was looking for a way to stay in the spotlight while making money so he can still afford to pay child support.

When the offer to become an idol was extended to him, he grabbed the opportunity. As he is athletic, he also finds the rigorous dancing training much easier than do many of the other middle-aged men in the group

As for Jun Fukuyama, the Japanese voice actor has been acting in anime series since 1998.

He is known for his roles as Yuta Togashi in Delusions, Koro-sensei in Assassination Classroom,  Grell Sutcliff in Black Butler, Kraft Lawrence in Spice and Wolf, King in The Seven Deadly Sins, Joker in Persona 5,  Lelouch vi Britannia in Code Geass, Dian in Jewelpet, Yuta Togashi in Love, Chunibyo & Other Delusions, Takeshi Nishigōri in Yuri on Ice, Takafumi Takaoka in Uncle from Another World, and Masaya Hayami in The Yakuza’s Guide to Babysitting. 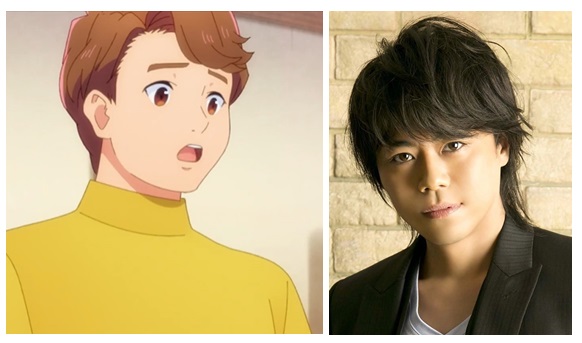 Eternal Boys’ Tsuyoshi Imagawa is voiced by actor and singer Daisuke Namikawa and, interestingly, just like the character he plays, he also began acting as a child.

Former child actor, singer and would-be middle-aged idol Tsuyoshi Imagawa is desperate to be famous. He has tried everything from being an actor, to a singer, to a dancer, to a musical theater actor to a traditional enka singer, but has never managed to hit the big time.

That is why Imagawa believes being an idol might be his last chance at fame.

Imagawa’s problem is that he likes food too much, so it is a constant battle for the other members of the idol group to keep his food intake low enough he doesn’t gain weight.

Actor Daisuke Namikawa is known for his roles as Jack the Ripper in Black Clover, Hisoka Morow in Hunter x Hunter, Dr. Genus in One Punch Man, Chousou in Jujutsu Kaisen, Kishou Arima in Tokyo Ghoul, Keita Ibuki in Black God, Ulquiorra in Bleach, Yu Narukami in Persona 4, Black in So I’m a Spider, So What?, Arch in Re:Zero − Starting Life in Another World, Haganezuka in Demon Slayer, Nobunaga Asaji in RELife, and Lord El-Melloi II in Fate/Apocrypha.

He is also the dub actor for Elijah Woods, including his performance as Frodo Baggins in The Lord of the Rings trilogy and in The Hobbit, as well as the official dub actor for Tony Jaa, Hayden Christiensen, Leonardo DiCaprio, Justin Timberlake, and Jorge David Lendeborg Jr.

Where to watch Eternal Boys

And now you know something about all the superb veteran voice actors voicing the middle-aged idols in Eternal Boys.

Keep your eyes out for when the production committee decides its time to officially premiere Eternal Boys in the west, as it really is worth watching.

Meanwhile, watch the show’s official trailer below and, of course, check out the middle-aged idols’ performance of their first single ‘Eternal‘ below. It is from Episode 7, and it’s adorable.