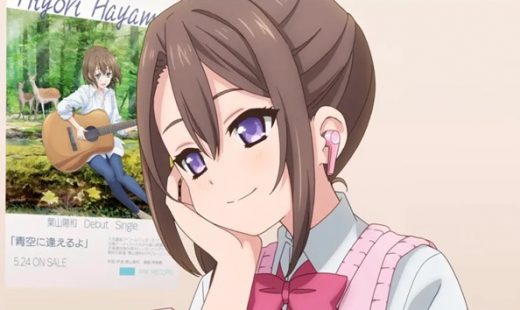 One of the girls, Saki Kodaka, just had a character video released today and, let’s just say, with her husky voice and sweet way of talking, she is certainly cuter than cute.

So much so, she peaked my interest in the actress who voices Saki Kodaka in Extreme Hearts.

An actress I almost immediately recognized as also being someone who plays one of my all-time favorite anime characters. (Rimuru Tempest in That Time I Got Reincarnated as a Slime)

If, like me, you love the way she sounds, even before Extreme Hearts has been released, here is what you need to know about who voices Saki Kodaka, and which other anime you will almost definitely have watched her star in.

Okasaki was born on November 22, 1998 in Okayama Prefecture, which currently makes her 23-years-old, and is one of a number of voice actresses who wanted to get into the profession from a young age.

After graduating from a voice acting training organization while still a teenager, and then being signed by the I’m Enterprise agency (see Okasaki’s artist page at I’m Enterprise), she got her start in the voice acting world in 2017 with minor roles in anime TV series. 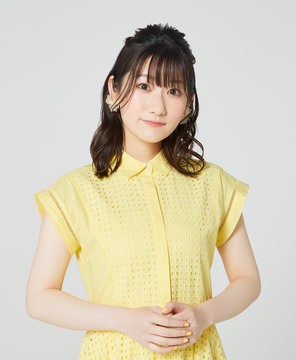 It wasn’t until her first main role a year later as Miku Nishino in Ongaku Shōjo (aka Music Girls), however, that Miho Okasaki began to really make a name for herself.

These are just some of the roles she has voiced between 2017 and 2022, with her roles getting much bigger the more experience she was able to gain.

Maria in The Magnificent Kotubuki (2019)

Mary Hunt in My Next Life as a Villainess: All Routes Lead to Doom (2020)

The popular voice actress seems to enjoy singing so much, she recently kicked off a solo music career with the release of two singles late last year via the King Records label. (Watch Okasaki’s adorable ‘Petals‘ music video here).

And now you know who voices Saki Kodaka in Extreme Hearts. The anime itself premieres in July.

Listen to Miho Okasaki’s fabulously husky voice as she plays Rimuri in the That Time I Reincarnated as a Slime trailer below.