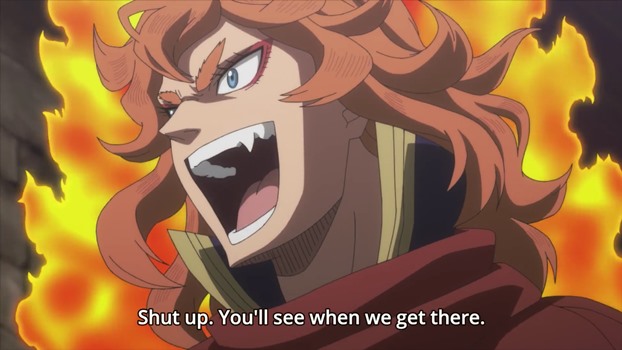 When it comes to best girl in Black Clover, most people seem to choose Noelle, Mimosa, Nero (aka Secre) or Vanessa.

My leanings, however, are far more nuanced as my best girl in Black Clover has been Mereoleona Vermillion since the minute she exploded onto the screen.

Especially as she is far far different than any other character in the anime series and, rather than being a ‘girl’, at age 32 is a full-fledged woman. And I like that. 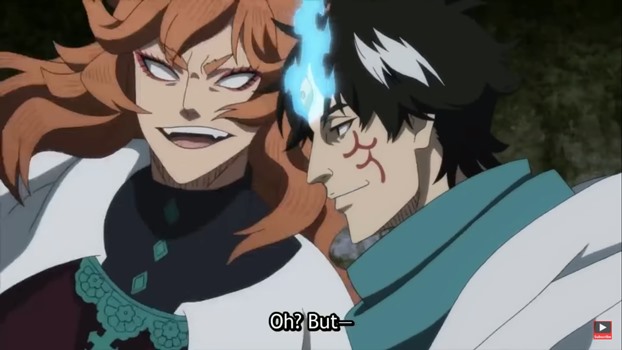 Why is Mereoleona Vermillion Black Clover’s best girl, and what are you missing if you can’t see it?

So let’s get started with the myriad reasons why, no matter how much I like almost all the other female characters in Black Clover, Mereoleona still lights up the screen for me more than any other.

Mereoleona is a badass — I am not good with wimpy women, I’m just not.

Maybe that’s because I was brought up by parents who taught me to take care of myself, and not to rely on men to help, but whatever it is that was the first reason I immediately knew Mereoleona would be Black Clover’s best girl for me.

Mereoleona doesn’t need other people to help her train. In fact, she heads out into the wilderness and trains herself. She can outfight her brother in every way possible, defeat almost every enemy as she has superhuman athletic skills and crazy strong abilities, and, when it comes to having the protection of other Magic Knights by being the captain of the Crimson Lions squad, she’d rather not.

Come on, who wants to be tied down to that? Mereoleona loves to fight —  While characters like Noelle and Vanessa end up being good in battle once they have leveled up their skills, they are not women who love to fight as much as Mereoleona does.

In fact, when it looks like she will lose the fight against the Magic Knights who have been possessed by the elves, Mereoleona is still enjoying the battle itself even as she goads on her opponent to hit her with harder and even more dangerous magic.

That’s because she gets as much enjoyment out of the battle as she does from winning.

She is an absolute queen — As a member of House Vermillion, Mereoleona knows she is gentry and acts accordingly.

She expects others to do what she says, she marches into a room like she owns the place and, if she needs anything immediately, she doesn’t even bother to knock on a door she just knocks it down. 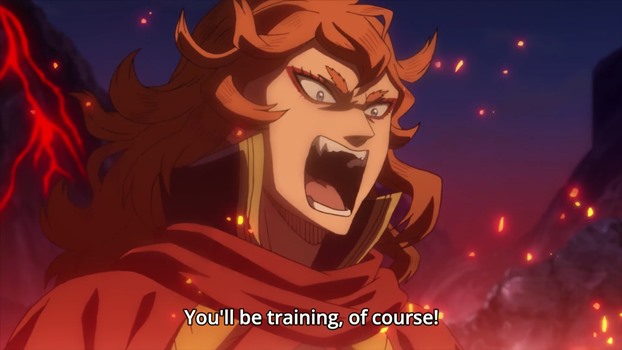 She doesn’t judge people if they are not royal or gentry — Even though she is a noblewoman, Mereoleona is one of the few characters that never seems to judge Asta for being a peasant.

In fact, in her eyes, the only things that are important is that he can hold his own in a fight, that he will fight alongside his friends and fellow Magic Knights when necessary, and that he fights to the absolute best of his ability.

Anyone that can do that is a valuable person in Mereoleona’s eyes. Peasant or not. Oh yeah, and she’ll make sure she trains them to be even better.

Mereoleona is resilient — Mereoleona isn’t just resilient, she is one of the most resilient female characters in anime. To the point that, when everyone around her is on the ground devoid of mana and easy prey to elves and demons, Mereoleona is still standing and spoiling for a fight.

She helps Noelle find out about her mother’s death, she coaxes her to become as strong as her mother because she knows it will make her happier, and she supports Asta unconditionally.

Even if, in one second, it sounds like she is making fun of his lack of magic, in the next she is telling him how he can overcome it.

Mereoleona was also sweet and caring when it came to Noelle’s mother, Acier Silva, dying as, not only did she visit her when she was pregnant to make sure she was alright, she was devastated when Acier died. 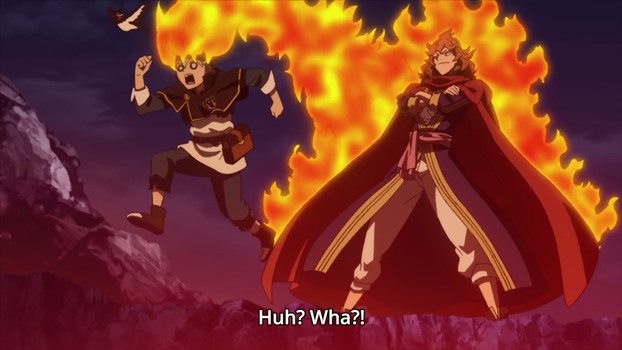 Mereoleona is larger than life — I love characters that are larger than life, that bang into a room instead of walk into it, that shout and scream at the top of their lungs, that fight for what they believe in with everything they have and that love life with enormous passion.

Mereoleona is a lioness — It is no coincidence Mereoleona is part of the Crimson Lions squad, as everything about her screams “big cat”.

She is wild, fierce, unapologetically ferocious, powerful, a loner, willing to fight, brave, and a hunter with laser-like focus.

Her huge, red, unruly hair has the same feel to it as a lion’s mane, and the way she barges into a room and roars at anyone around her that is not doing what she wants them to do is exactly what a lioness does.

As it is the lioness that is the primary hunter, and not the lion, Mereoleona definitely fits that criteria as well.

All in all, when it comes to best girl in Black Clover, while Noelle is beautiful, Zero is cool and Mimosa is sweeter than heck, I would take Mereoleona any day of the week if I had to choose.

As Mereoleona may be loud and wild but, man, is she magnificent.

Watch Mereoleona Vermillion, and all the other cool Black Clover girls, on Crunchyroll.