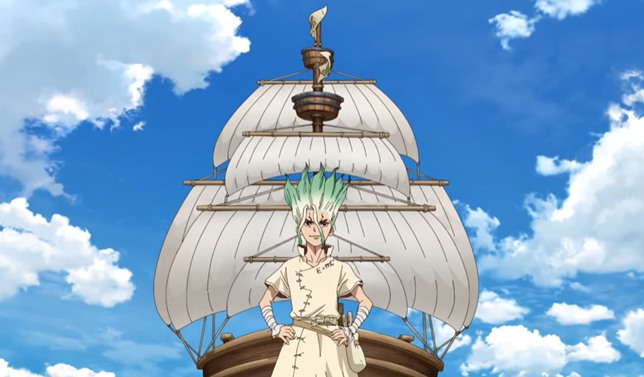 Although Season 2 of Dr. STONE may have just ended, no worries.

After all, when the official Twitter account for the anime has already announced what sounds very much like a Dr. STONE Season 3 heading our way, we definitely have something to look forward to.

According to the tweet, a ‘sequel’ to Season 2 is on its way. A special Dr. STONE PV teasing the “Age of Exploration” arc was also posted.

It was not specified what that sequel will be, just a request to stay tuned for more information, but it is highly likely it will be a third season.

After all, Dr. STONE has been one of the most watched anime series of recent years, and quickly became a fan favorite soon after the release of the first episode of Season 1 back in July, 2019.

The first season of the series currently has an 8.33 score on MyAnime List (unheard of for most anime series), with the just-ended Season 2 garnering a score almost as high.

Watch/re-watch the first two seasons of Dr. STONE on Crunchyroll now, check out the new PV for the ‘possible Season 3’ below, and stay tuned to Leo Sigh for more info about what’s coming up for the hit anime series as it is released.