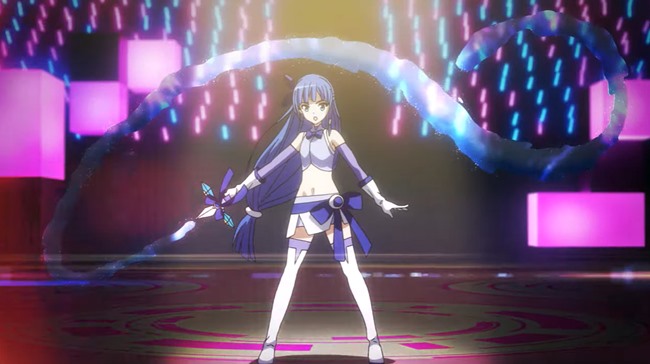 I have said it before and I will probably say it a million times again, I am a sucker for an anime featuring cute girls.

Even if some of them have enormous boobs and are more ‘kickass’ than doing cute things.

Such is the upcoming WIXOSS Diva(A)Live — a new anime series based on the popular Japanese multimedia franchise WIXOSS, and one with the cutest girls.

A WIXOSS Diva(A)Live teaser trailer was released today and, while extremely short, still showcases the cute girls (aka Selectors) we will be watching fight it out in upcoming Diva Battles.

This time in a new world, and with a January, 2021 release date.

Along with the teaser trailer, WIXOSS Diva(A)Live also got a highly energetic key visual showing off Hirana Asu, the leader of the idol-themed diva trio No Limit, and No Limit members Akino Onko and Rei Sakigake.

Together, the three girls make up No Limit and will be competing against other teams as idols in an effort to gain the most Selector fans.

The cast introduced in the trailer is Saya Fukuzumi as Hirana Asu, Haruka Shiraishi as Rei Sakigake and Shizuku Hoshinoya as Akino Onko.

Watch the short WIXOSS Diva(A) Live teaser trailer below and, while the storyline does not follow on from previous series as it features new characters, they are well worth you checking out before the new anime in the series premieres in January next year.