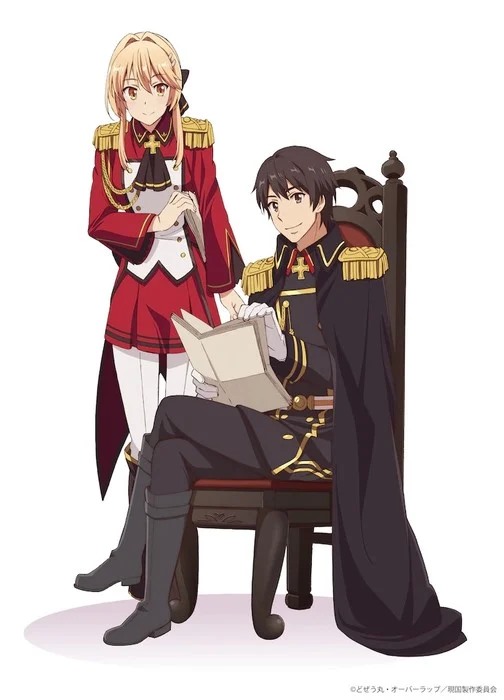 The superb Japanese voice actors Yūsuke Kobayashi and Inori Minase are to star in the How a Realist Hero Rebuilt the Kingdom anime series.

That news was released today on the anime’s official website, and made me even happier about the series than I had already been when I heard the first rumblings it was on its way.

In other words, before we have learnt much about the How a Realist Hero Rebuilt the Kingdom anime at all, it is already looking like it could be quite stellar.

After all, a voice actor can make or break a series, yet these two have nothing but excellent performances under their belts so far.

Yūsuke Kobayashi, of course, for his roles in anime series like Re: Zero – Starting Life in Another World and Isekai Quartet as protagonist Subaru Natsuki, and as Zenji Marui in Food Wars! Shokugeki no Soma.

Inori Minase for her roles in series like Girls’ Last Tour as Chito, Is It Wrong to Try to Pick Up Girls in a Dungeon? as Hestia and as Chino Kafū in Is the order a rabbit?

To have both of them in the same anime series then spoils us more than many people may realize. (article continues below…)

How to watch Non Non Biyori in order — series, OVAs and movie

The How a Realist Hero Rebuilt the Kingdom anime is being directed by Takashi Watanabe (Freezing, The Slayers), with Mai Otsuka (The Demon Girl Next Door, Non Non Biyori) as Character Designer and Akiyuki Tateyama (Laid-Back Camp) composing the series’ music.

J.C. Staff (A Certain Scientific Railgun, Is It Wrong to Try to Pick Up Girls in a Dungeon? One-Punch Man 2) will be animating.

The How a Realist Hero Rebuilt the Kingdom anime is based on the Genjitsushugi Yūsha no Ōkoku Saikenki light novel series by Dojyomaru.