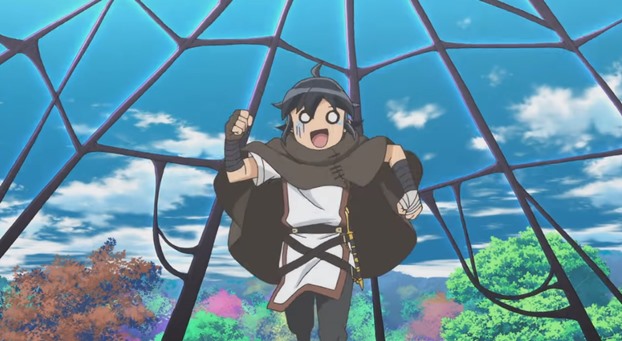 He will play the role of Haval, a human ‘alchemy meister’.

Yuuki Shin, of course, is currently known for his leading role as Takemichi Hanagaki in the currently airing anime Tokyo Revengers.

A relative newcomer to the world of voicing anime characters, Shin has also played Lycaon in Beastars, Natsuo in the fourth season of Hero Academia and Yelme in Made in Abyss.

They are Yuna Kamakura (Manami in A Centaur’s Life) who plays Louisa, and newcomer Seika Kitamori who will voice Ranina.

TSUKIMICHI -Moonlit Fantasy- is based on the light novel series written by Kei Azumi and illustrated by Mistuaki Matsumoto.

The books tell the story of Makoto Misumi, a high school student who is suddenly summoned to a fantasy world to serve as its hero. The problem is, when the goddess who has summoned Makoto sees him, she decides he is nowhere near as handsome as she would like, so she decides she doesn’t need him.

Now Makoto is stuck in a strange new world and he needs to learn how to not only survive it but thrive in it. But can he?

TSUKIMICHI -Moonlit Fantasy- is being directed by Shinji Ishihira (Fairy Tail, Talentless Nana) and is being animated by C2C.

The anime will begin airing in Japan in July. Watch the trailer and, yep, this one sounds funny and cute.