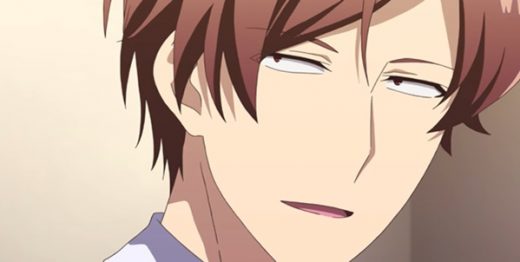 The upcoming supernatural comedy anime Phantom of the Idol (aka Kami Kuzu☆Idol) is set to premiere on July 1st.

With that in mind, anime production studio Studio Gokumi has released a character video for protagonist Yuya Niyodo.


The Yuya Niyodo character video shows pop idol Yuya (voiced by Fumiya Imai) as lazy as he is portrayed in the hit manga series. Until, of course, deceased singer Asahi Mogami shows up, and really gives lethargic Yuya a push.

After all, if you’re the world’s worst idol, you either need to quit or let someone else takeover your gig, right?

Daiki Fukuoka (Yuki Yuna is a Hero) is directing Phantom of the Idol, with Yasuko Aoki (Radiant) in charge of scripts, and Saori Hosoda as character designer.

The anime is based on the manga written and illustrated by Hijiki Isoflavone, with Kodansha USA publishing the first volume of the English language version of the manga since last month.

Kodansha has this to say about the Phantom of the Idol plot:

Yuya, one half of the boy pop duo ZINGS, may be the laziest performer in the Japanese music industry. His partner is out there giving 110% every night, but Yuya’s sloppy dancing and his frankly hostile attitude toward the audience has the fans hating him and his agent looking for any excuse to cut him loose. The career of a pop idol just isn’t the path of easy leisure Yuya expected…

After a particularly lifeless concert appearance, Yuya meets a girl backstage. All she wants from life is to perform. There’s just one problem: She’s been dead for a year.