The worst anime series I watched in 2018 is getting a second series.

Zombie Land Saga Revenge is the upcoming second season of the Zombie Land Saga franchise and, frankly, if there wasn’t any other new anime released in 2021, I still wouldn’t watch this.

That being said, for those who did enjoy the anime and have been waiting for a second season, from the PV for Season 2 of Zombie Land Saga Revenge released today on the anime’s official Twitter account, it looks like this will be more of the same.


Sad for me, but lucky for those who enjoyed it.

It features Koutarou Tatsumi, idol producer and the most annoying anime character ever created, as well as the return of fan favorite characters like Junko Konno, Lily Hoshikawa and Sakura Minamoto.

The PV also confirms the voice actors from Season 1 will also be returning for the second season. 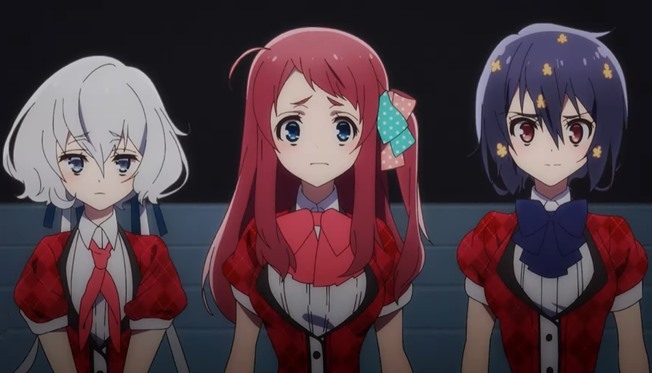 They are, of course:

Hiroyuki Toshino as Policeman A

Munehisa Sakai (Mr Love: Queen’s Choice) is back to direct Season 2, Shigeru Murakoshi (to the abandoned Sacred Beasts) is in charge of scripts, and Kasumi Fukagawa (IDOLiSH7) will again design the characters (which was the one thing I enjoyed about Season 1, by the way).

Zombie Land Saga Revenge will premiere on Tokyo MX and various other Japanese channels sometime in April, 2021, as well as on Amazon Prime in Japan.

Watch the just-released Zombie Land Saga Revenge PV below, and check out the new visual above.