While the upcoming My Life as Inukai-san’s Dog anime series is known for its ecchi-ness, the latest key visual is actually more cute than risqué.

The new My Life as Inukai-san’s Dog key visual features the anime’s three main girls — Usagi, Karen and Mike — and, although still at school, this time they are showing off their school swimsuits while lounging around at the pool. 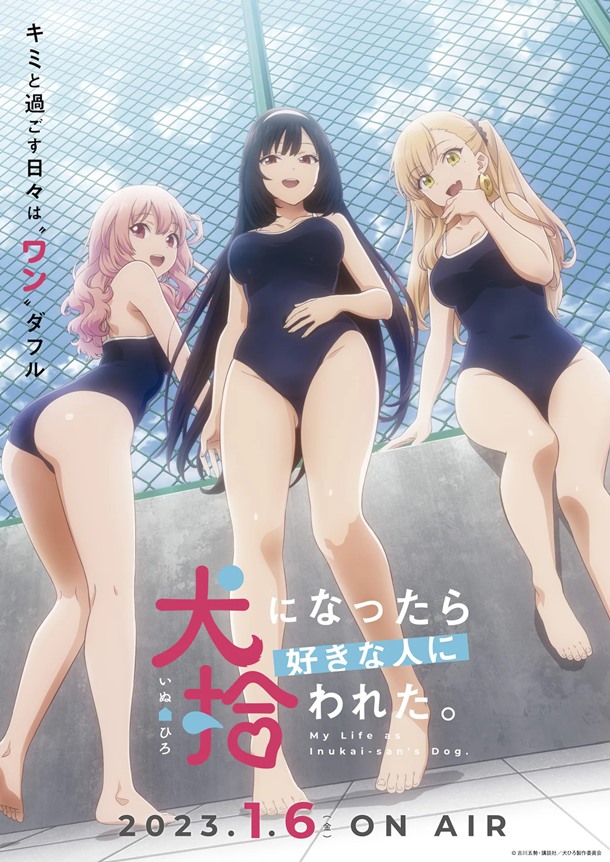 The anime is based on the manga of the same name written and illustrated by Itsutsuse.

A manga that has been published Shōnen Magazine R since late 2020, and has been so popular it already has six volumes out in Japanese.

Takashi Ando is directing, with Kazuaki Morita as both the animation director and in charge of character designs.

Quad is producing the anime.

The first episode of My Life as Inukai-san’s Dog will premiere on January 6, 2023.

Meanwhile, watch the trailer introducing all four of the main characters below.