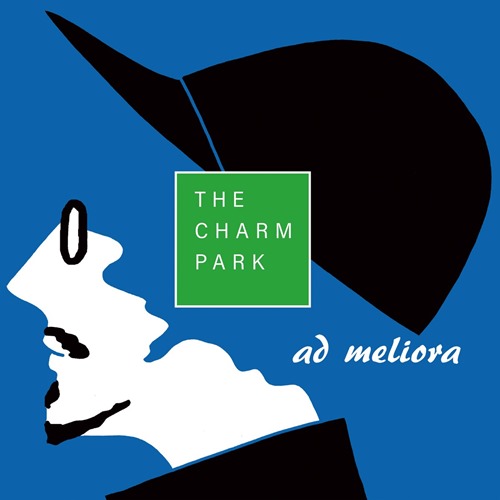 Well, the first ending theme song from the anime — The Charm Park’s ‘Ad Meliora’, which is not only mellow and sweet, with a gorgeous melody and featuring a lovely almost Spanish-guitar instrumental interlude, but also performed by one of my favorite Japan-based artists — Korean-American singer songwriter The Charm Park.


Also known as Charm, former guitarist of the now defunct Japanese rock band Hemenway, and now a solo artist in his own right.

It’s The Charm Park’s ‘Ad Meliora‘ that is my Repeat Rotation Video today — ie: a song I listen to on video, again and again, because I’m that addicted.

Because I stumbled across the song on my Spotify ‘Liked Songs‘ list early this morning, remembered how much I loved it, and immediately headed off to find the video to play again and again.

After all, it was a beautifully sunny day here in Vienna, with stunning blue skies and a soft, light breeze, making The Charm Park’s ‘Ad Meliora‘ the perfect accompaniment to such a wonderful day.

Not that it is particularly surprising I like The Charm Park’s music so much, as I have been in love with his ‘Hana ga Saku Michi‘ since it was used as the seventh ending theme for the superb Black Clover anime series.

Listen to The Charm Park’s ‘Ad Meliora‘, the Fruits Basket Season 2 ending theme, and my Repeat Rotation Video today, on repeat in the song’s lyric video.

You can also hear this fabulous song on Spotify (below), as well as listen to more of my Repeat Rotation Video choices on Leo Sigh.