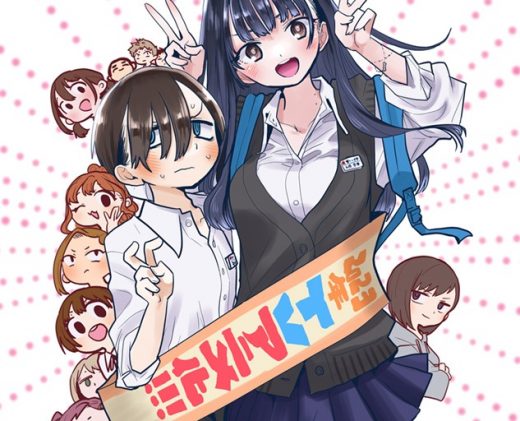 An anime adaptation of Norio Sakurai’s The Dangers in My Heart manga is on its way with the production committee already going gangbusters in promoting it.

That promotion continued today with an updated version of the teaser visual released a couple of weeks ago.


This time, instead of the adorable Anna Yamada alone and enjoying her ice cream, we also get loner Kyotaro Ichikawa lurking in the background. (see visual below)

Something quite appropriate, considering Kyotaro finds his popular classmate so annoying, he fantasizes about murdering her.

No word yet, though, on when the anime will be released, who is in charge of anime production, who is directing it or who will star in it.

The Dangers in My Heart currently has seven tankōbon volumes out in Japanese, with four out in English and the fifth one being published in December.

Seven Seas Entertainment is publishing the manga in English. They have this to say about its plot:

Kyotaro Ichikawa, a boy barely clinging to the bottom rung of his school’s social ladder, secretly believes he’s the tortured lead in some psychological thriller. He spends his days dreaming up ways to disrupt his classmates’ peaceful lives and pining after Anna Yamada, the class idol.

But Kyotaro’s not nearly the troubled teen he pretends to be…and it turns out Anna’s a bit odd herself!

Keep an eye out for more news about the anime on the official The Dangers in My Heart website, and here on Leo Sigh.