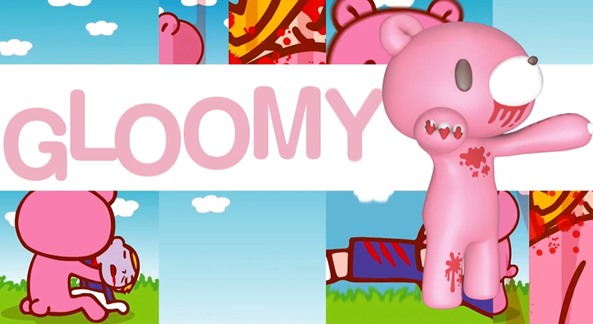 Chack Mori, creator of the Gloomy the Naughty Grizzly original character, not only has an upcoming anime based on his character, but he has also just been named the animation director for the series.

The reveal appeared today on Gloomy Bear’s official website, along with information about additional staff and an April 12th premiere date.

The anime, aka Itazura Guma no Gloomy in Japan, will premiere on Tokyo MX and will also stream on Gloomy’s YouTube channel.

Along with Chack Mori, who will also supervise scripts, the latest staff members to be named are Hitomi Satō as art director, scriptwriters Aimi Morotome and Megu Yagi, and Kunihiko Mita and Yumiko Abe as CGI directors.

Cinematography is by Takumi Yoshida and Toshikazu Kuno

Watch the preview trailer for the Gloomy the Naughty Grizzly anime and mark your calendars for April 12th.