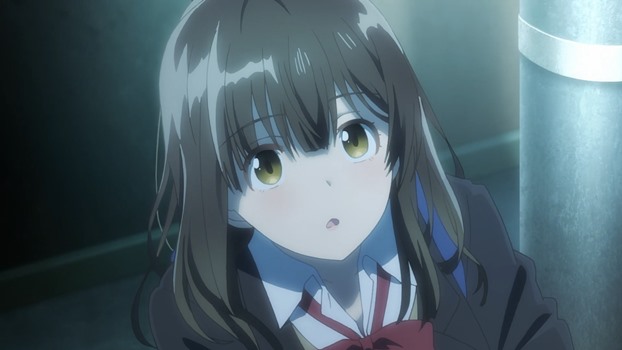 This Higehiro, After Being Rejected I Shaved and Took in a High School Runaway Episode 1, “The Teenage Girl Beneath the Lamplight” begins with Yoshida having dinner with his crush. A few minutes later, she rejects him as she is already seeing someone, which sends Yoshida on a drinking spree.

On his way home drunk he sees a teenage girl sitting under a lamppost. When he approaches her and asks why she isn’t at home, she tells him she will have sex with him if he lets her stay at his place.


He agrees to let her stay and, when she begins to undress, he tells her he doesn’t sleep with little girls but asks if she will make him some miso soup instead. Then he falls asleep.

In the morning, Yoshida wakes up to the smell of soup, and the girl reminding him he asked her to make it.

She then tells him she knows he had been rejected the previous night, as she heard him talking in his sleep. She then offers to “make him feel better”.

When he refuses to have sex with her again, she asks him why. After all, most men would take her up on her offer.

Yoshida asks her name, and she replies “Sayu”. He then demands that Sayu shows him her school ID, as he wants to know where she lives. 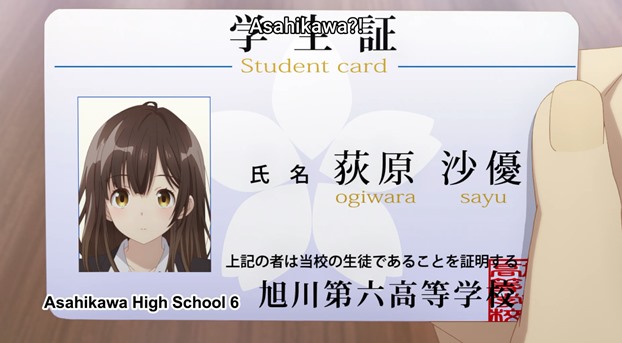 But, when Yoshida realizes Sayu came all the way from Hokkaido, he asks her if she came alone and when she left. Sayu confesses she left her family home six months before. She says her parents will be happy she has gone.

When he asks her what she would do if he kicked her out, Sayu replies she would find somewhere else to stay. “How exactly?” asks Yoshida. “You need to get a job”.

When Sayu explains a part-time job will not allow her to get an apartment, Yoshida says “Stay here. And I’ll knock the stupid right out of you”.

He then tells her that her job is to clean his apartment.

When she asks if she can stay there permanently, Yoshida tells her “Until you stop being a spoiled brat”. But that, if she tries to seduce him again, he will kick her out.

The following night Yoshida arrives home to find the smell of miso soup and Sayu calling him “Daddy”.

“Stop that, it’s gross”, he tells her. He then shows her the bento boxes he has brought home for both of them.

Sayu is a good housewife

When he goes to his closet to put his jacket and tie away, however, he discovers Sayu has ironed all his shirts, and he begins to think she is not as spoiled as he thought.

When she calls him “Nice” for going outside to smoke when the other guys she stayed with did not, Yoshida shouts at her and tells her “I’m not nice. Those other guys were shit. You must have standards for yourself”.

The next day, Yoshida realizes she always wears her school uniform and, when he asks her about it, Sayu replies it is all she has to wear. So he takes her to buy new clothes. He also buys her a futon as she cannot continue to sleep on the hard floor.

When Sayu asks about repaying him though, he realizes she isn’t comfortable taking things, so he tells her that cleaning for him has been useful, and that is the way she can repay him. 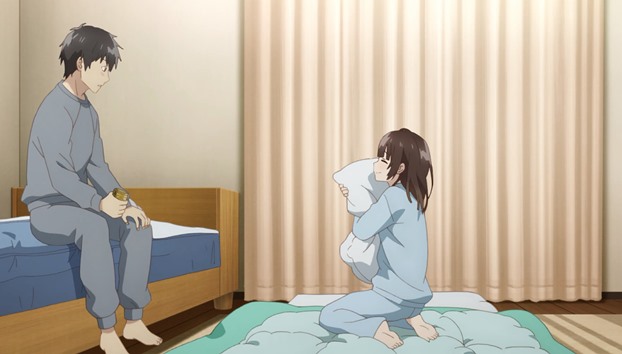 The episode ends with Sayu thrilled she has a futon to sleep on, and Yoshida shaving his facial hair as he has decided being clean-shaven means he is an adult.

Higehiro, After Being Rejected I Shaved and Took in a High School Runaway Episode 1 review

The first episode of this new romantic comedy anime is actually quite cute.

In the beginning, as Yoshida is furious as he feels he has been led on by the woman he loves, he comes off as a jerk. Especially as he gets drunker and drunker and louder and louder as he sits in a bar with a friend.

Once he is sober, however, the way Yoshida treats Sayu, especially as he refuses to take advantage of her, proves he really is a nice guy. Just disappointed that the woman he loves turned him down.

He also makes an effort to teach Sayu good values, and to make sure she is taken care of. Something the other men she met did not.

It will be interesting, therefore, to see how Episode 2 of Higehiro, After Being Rejected I Shaved and Took in a High School Runaway pans out.

Especially as, in the first episode, Yoshida continues to insist he isn’t attracted to skinny teenage girls.

Higehiro, After Being Rejected I Shaved… is currently streaming on Crunchyroll. Watch the trailer below.