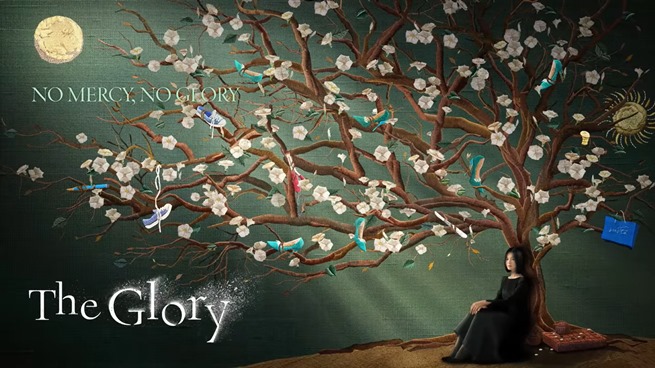 If I wasn’t already dying to watch the upcoming K-drama The Glory, I would be after I just watched the first Netflix teaser trailer.

Made up as it is of a beautifully embroidered background of a tree hung with shoes, and lead Song Hye Ko, who plays twisted protagonist Moon Dong Eun, sitting at the foot of it.


The way the trailer is put together is gorgeous, and the way it manacingly portrays what Moon Dong Eun is likely to do against her once-bully is quite stunning. (Although I do hope the bullying is against the parent and not the child, as that would be too awful to watch — see plot explanation below).

The Glory tells the story of Moon Dong Eun, a woman who wanted to be an architect until a violent school bully forced her to drop out of school.

Now an adult, she is a school teacher who comes across the child of her now-married former bully, and decides to use the situation to exact revenge on both the perpetrator and the bystanders who just let it happen.

If nothing else, The Glory is likely to be superbly written, as the screenwriter is none other than Kim Eun Sook, the writer of Descendants of the Sun, Secret Garden and, of course, Goblin.

Directing The Glory too is Ahn Gil Ho (Happiness, Record of Youth).

The Glory is coming to Netflix on December 30th and, along with the teaser trailer, we also got an equally stunning official poster today.

Check out both of them above and below, and then hit the ‘Reminder’ button on your Netflix account, so you won’t miss it.