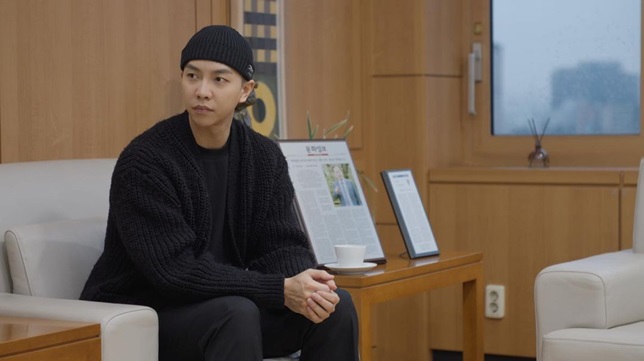 When it comes to favorite Korean singers/actors, I would be hard-pressed to find one that has impressed me more than Lee Seung Gi in the last year.

(Well, Kim Jae Uck is just as impressive to me, but that’s because he is my current favorite Korean dude).


After all, not only did Lee Seung Gi stand up to his agency after it came to light Hook Entertainment had illegally kept most of his singing earnings for the last decade and is likely to win that fight with his recent lawsuit, he also did so with grace.

Throw in the Korean singer/actor is one of the most generous people in Korea when it comes to donating money to charity, and Lee Seung Gi is pretty stellar all round.

Something he proved yet again this week when he donated a massive 550 million won (around $443,000) to the Korean Red Cross.

According to the man himself, the money will be used to provide mobile meal trucks and to manufacture blood donation vehicles to be used in disaster relief efforts, and was donated in honor of his 36th birthday today.

To help promote the Korean Red Cross even more, Lee Seung Gi then posted on his Instagram account the reasons why he felt so strongly about donating money:

Roughly translated into English, that means:

I wanted to offer practical help in disaster situations. I thought it would be nice to treat a desperate and needy neighbor with a warm meal. Then I found out about mobile food trucks. After fire trucks, they are the next vehicles on the scene and can quickly serve 50,000 meals.

In the process of listening to the voices of experts about what is most lacking in an emergency, I also came to recognize the problem of blood shortage.

Currently, blood stocks in Korea are in a dangerous state with fewer than five days of supply. It is said that the number of blood donors between the ages of 16 and 29 decreased by more than 30% from 71% to 54% in recent years. In particular, the blood donation supply and demand situation was even more unstable as we went through the Corona period.

Disasters and emergencies can happen to anyone. I hope my donation will be a small help to neighbors suffering from disasters or disease.

Being the generous yet humble person he is, Lee Seung Gi also didn’t mention that he was awarded a certificate by the Korean Red Cross in recognition of being a donor who has generously given over 500 million won.

Nor that it is the second huge charitable donation he has given in just a month, as he also donated 2 billion won (approx $1.6 million) to the Seoul National University Children’s Hospital in December after he received the unpaid earnings Hook Entertainment had not paid him (illegally).

Earnings he said upfront that, when he received them, would all be donated to charity.

And just a couple of the many large charitable donations the singer/actor has given to various Korean charities in the almost 20 years since he got his start in the entertainment industry.