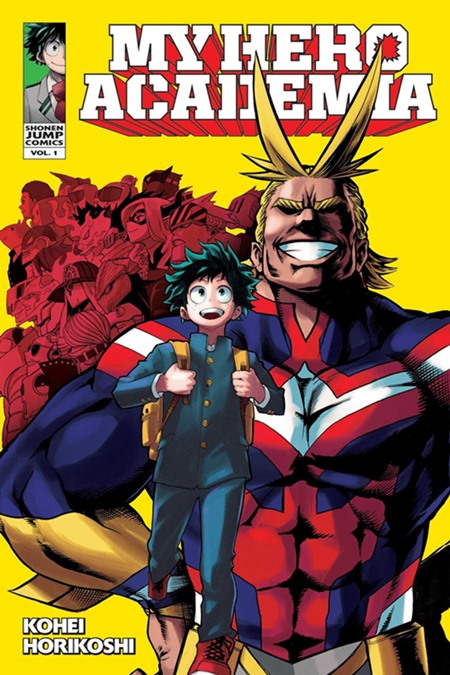 To prove just how much Americans love the My Hero Academia manga as much as the anime series, two volumes are now on a New York Times bestseller list.

Those two volumes are the first volume of the My Hero Academia manga which is currently in the #12 spot on the NYT Graphic Books and Manga best seller list, while the second volume of the manga is now at #14. 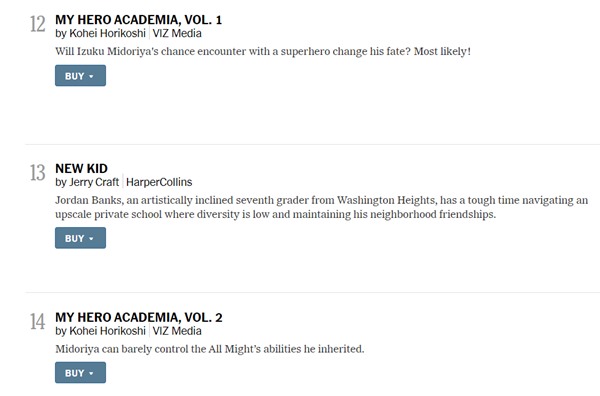 In other words, if you haven’t yet bought the My Hero Academia manga series, get started, as you will be joining millions of people before you.

You can also watch the five seasons of My Hero Academia anime series (aka Boku no Hīrō Akademia)  in Japan) on Crunchyroll.

The manga series itself was written and illustrated byKōhei Horikoshi.

More Than a Married Couple, But Not Lovers manga gets anime and cute visual