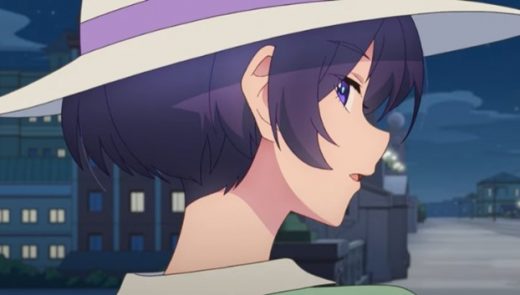 If you have read the My Master Has No Tail manga series (written and illustrated by TNSK), you will know Bunko is protagonist Mameda’s rakugo master.


A woman who teaches Mameda, even if she can no longer play the pranks she is used to playing on humans, she can still fool them by using words instead of illusions.

Now it’s just up to Mameda to persuade Bunko to take her on as an apprentice but, from the just released Bunko Daikokutei character trailer, it might be a little difficult as Bunko definitely seems to be a woman to be reckoned with.

My Master Has No Tail is being directed by Hideyo Yamamoto (Strike the Blood), with scripts and series composition by Touko Machida (Puraore! Pride of Orange), and character designs by Ryo Yamauchi.

Kodansha Comics is publishing the My Master Has No Tail manga series in English.

The My Master Has No Tail anime premieres on September 30th in Japan.

Bunko is beautifully voiced by Hibiku Yamamura (Lisa in Peter Grill and the Philosopher’s Time). And I say beautifully as, just listen to that husky timbre of her voice, and just how damned self-confident and together she sounds.