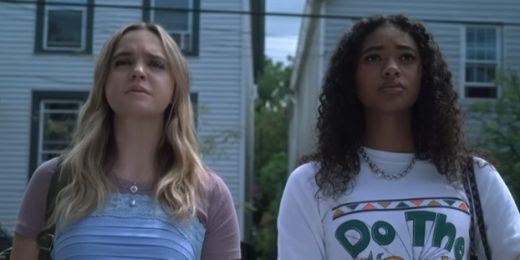 The song is from the K-pop group’s first Korean studio album, simply called The Album. It was released in late 2020 on the Interscope and YG labels, and was co-written by Cardi B. and several other songwriters.


It was one of two songs on the album featuring a western singer with the other, ‘Ice Cream‘, featuring American singer Selena Gomez.

The Album charted in an astounding 30 countries, hitting #2 on the Billboard 200 chart in the U.S., #2 on the UK Albums chart, and #1 in New Zealand and the group’s home country of South Korea.

Blackpink’s ‘Bet You Wanna‘ was the fourth single from the album, and charted in 13 countries including the United States and the UK.

Listen to Blackpink’s ‘Bet You Wanna‘ from Pretty Little Liars: Original Sin in the video, and on their The Album album.

I also recommend you listen to The Album in full as, even if you are not a big Blackpink fan, it is still pretty damn cool.