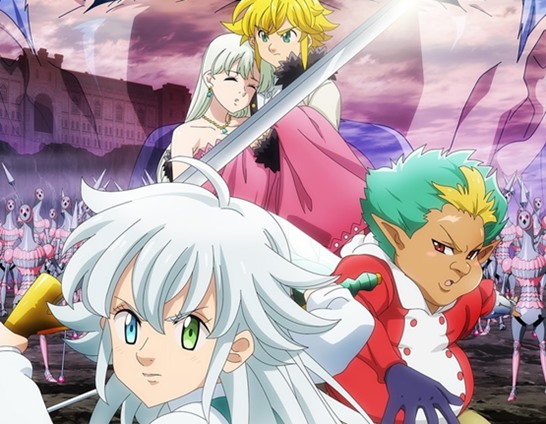 Days before the upcoming The Seven Deadly Sins: Grudge of Edinburgh Part 1 is released on Netflix, a new key visual for the film has just been released.

The latest The Seven Deadly Sins: Grudge of Edinburgh Part 1 key visual was released via the official Netflix Twitter account earlier today, and features Elizabeth and Meliodas’ son Tristan front and center looking incredibly ready for battle, as Yousei backs him up.


In the background, we see Elizabeth and Meliodas worriedly looking on as their son heads off on an adventure of his own.

The Seven Deadly Sins: Grudge of Edinburgh Part 1 is based on an original story by Sins’ writer Nakaba Suzuki.

Marvy Jack and Alfred Imageworks are responsible for anime production, something that is worrying fans immensely as the trailers released so far show both art style and animation looking far inferior to any of the previous Seven Deadly Sins projects.

Even the worst ones.

Fans will have to wait another week, however, until the release of the latest animated story in The Seven Deadly Sins world to see if their worst fears will be confirmed.

The film is being exclusively streamed by Netflix worldwide, with the world’s biggest streaming service having this to say about the film:

When Elizabeth’s life is threatened, Tristan flees the kingdom and heads toward Edinburgh, where Deathpierce — who was once a member of a group of the kingdom’s Holy Knights, the Pleiades of the Azure Sky — maintains his castle. But what are Deathpierce’s intentions?

The Seven Deadly Sins: Grudge of Edinburgh Part 1 will begin streaming on Netflix on December 20th, with the second part of the story coming some time in 2023.

Watch the latest trailer for the movie below but, let’s just say, don’t get your hopes up.