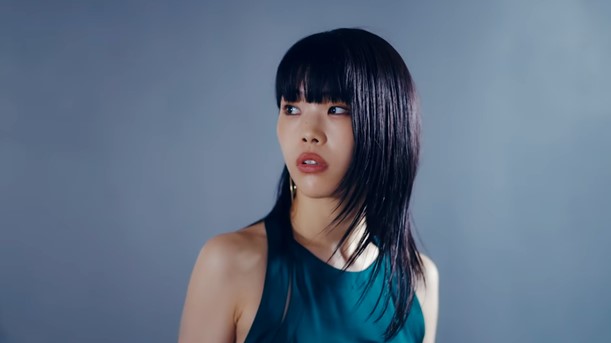 If there was one Japanese singer I could see in concert any time soon, Aina the End would be at the top of my list.

Not only because her songs are as catchy and cool as hell, and her husky voice addictive, but also because I love her weird and quirky style.

A style that has just shown up yet again on Aina the End’s ‘Blood of Romance‘ video. A video that couldn’t be more perfect for her if she tried.

Because it features the gorgeous Aina the End wearing a long, dark evening gown split to the thigh, serenely walking in the outskirts of a city at night while the song’s short piano intro quickly merges into a drum-driven rock song with a gorgeous melody I immediately put on replay. 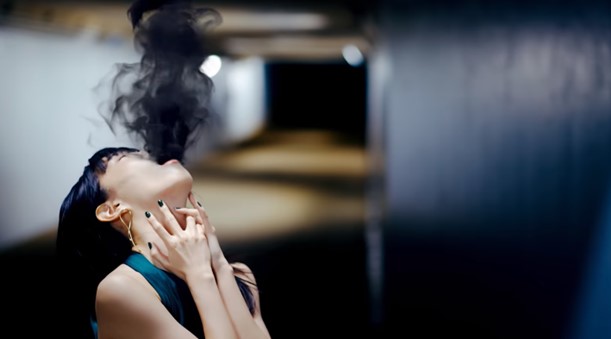 The singer then moves to an underground tunnel, where she dances like a fiend and blows black smoke out of her mouth, and onto a natural history museum where she continues dancing, this time among the bones of long dead animals.

Aina the End’s ‘Blood of Romance‘ itself is a brilliant rock track as well, with its slamming drums and addictive melody that make you desperate to dance, while her gorgeously husky vocals send shivers down your spine.

Watch Aina the End’s ‘Blood of Romance‘ music video down below to see what I mean, but I’ll guarantee you can’t just watch it once. 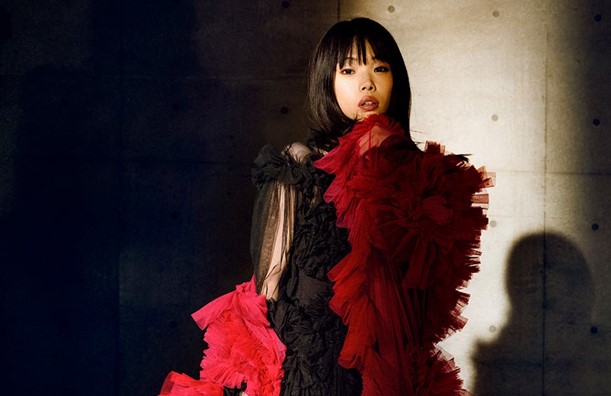 Aina the End released her debut solo studio album The End back in February. That was quickly followed by her EP Naisho.

Today, Aina the End’s second EP this year, Born Sick, dropped along with a music video for the third track on the EP — ‘ロマンスの血’ or, in English, ‘Blood of Romance‘.

Listen to the entire EP in the Spotify widget below. The other three tracks are equally as good as ‘Blood of Romance‘.

But…don’t think that’s it for this year, as the prolific Japanese singer has quite a bit more music hitting soon, including her next EP Dead Happy on October 25th, and a second album The Zombie on November 24th.

Her The Zombie Tour will also kick off in Aichi, Japan on October 6th. Details here if you’re in Japan or heading there soon. Sadly, I’m not on both counts.