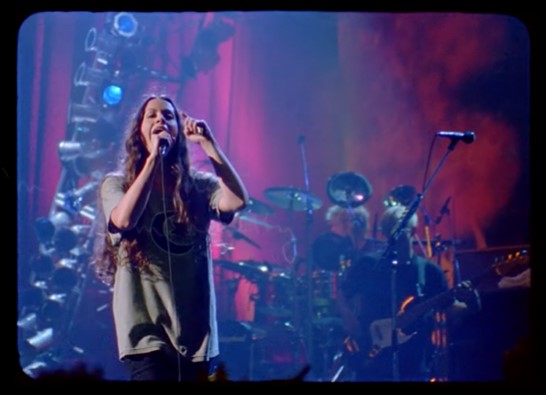 Yesterday, HBO released the official trailer for the upcoming Jagged documentary — a documentary about singer songwriter Alanis Morissette, and one that is part of the streaming services’ ongoing Music Box documentary series.

It is a documentary that does not have Morissette’s backing as she believes the team behind it misrepresented facts that are untrue, and had an agenda she did not realize they had when she was being interviewed for the film.


In fact, Morissette disliked the Jagged documentary so much when she first watched it, she refused to attend the Toronto International Film Festival when it premiered.

The singer also spoke out against Jagged recently saying “This was not the story I agreed to tell. I sit here now experiencing the full impact of having trusted someone who did not warrant being trusted.”

One does wonder, however, if the documentary includes statements Morissette made herself, how does that mean she is being misrepresented?

Or is it that she believes it makes her look bad when, in all reality, it probably doesn’t?

Guess we’ll have to watch the Jagged documentary to find out. You can watch the trailer for that below.

A trailer that, by the way, makes Jagged look like a very well put together documentary and Morissette seem incredibly cool, so one that, as a long-time massive Morissette fan, I will definitely be watching.