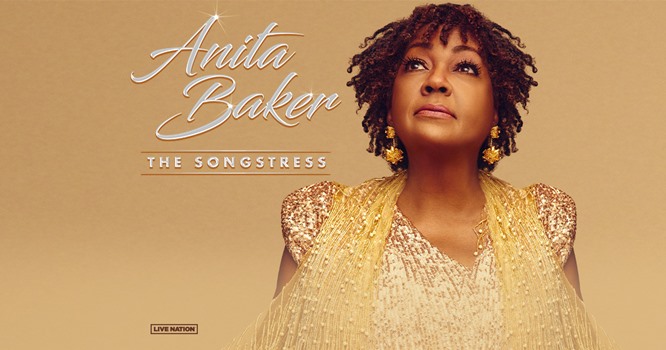 Good Lord, I never thought I would live to see this day.

The tour — which is called the The Songstress Tour — will be spread out over the entire year, with the final concert in her 15-date tour to take place in Oakland, California on December 23rd, and it will celebrate the 40th anniversary of her debut album The Songstress.

An album that came out in 1983 on the Beverly Glen Music label, and then was re-released on Elektra in 1991. An album that helped Baker reach superstardom as it was the gateway to her massive hit sophomore album Rapture just two years later.

In a statement announcing her 2023 tour, Anita Baker said “Looking forward to some crazy, lovely, hang time with my fans. Gonna, bring some new music & some special guests, too.”

Sadly for me, a massive Anita Baker fan, during the month I am back in the U.S., Baker will be taking a couple of months off touring.

For you, however, there may be convenient dates near you.

Here is the full list of Anita Baker’s The Songstress Tour dates:

Tickets for every show on Anita Baker’s 2023 tour (except the first one) will be available on Live Nation starting on November 17th at 10am. (Livenation.com)

And now, just in case you have forgotten just how spectacular Baker is, listen to both her debut album The Songstress snd her Grammy Award winning album Rapture.

Albums my late fiancé  and I played on a daily basis for several years, we loved her so much.

Almost 40 years since both albums were both released and, if they were to come out today, they would still see the same phenomenal success.