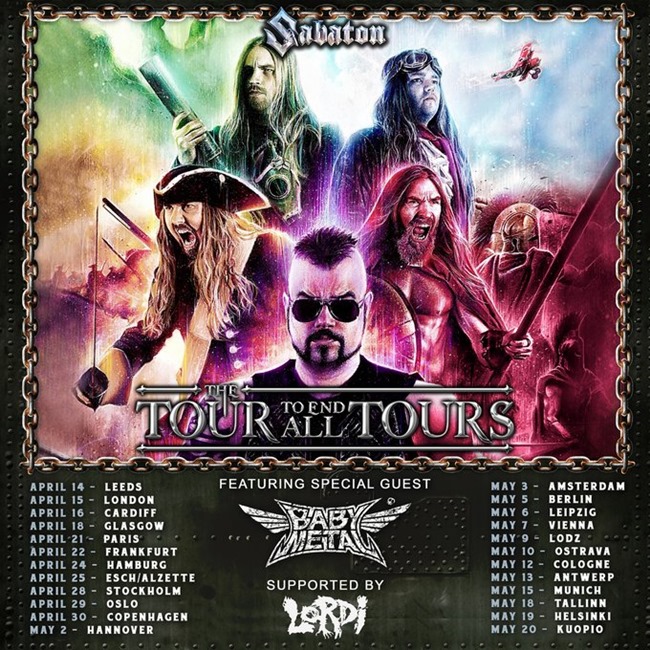 After all, when Babymetal has just been announced as guests on the European leg of Sabaton’s new tour, what could be a better concert than that, eh?


Especially as Babymetal has been on hiatus since late 2021, so fans are missing them.

Sabaton’s tour is called ‘Tour To End All Tours‘, with the European leg featuring Babymetal and Swedish band Lordi kicking off in Leeds, in the United Kingdom, on April 14th, 2023.

Babymetal will play their final concert with Sabaton on May 20th in Kuopio, Finland, for a total of 24 concerts.

The tour is in support of the band’s 10th studio album The War To End All Wars, which was released earlier this year.

Here are the full dates of Babymetal’s involvement in Sabaton’s Tour To End All Tours:

Check out Sabaton’s official website for information on tickets.

The concerts themselves will also likely feature some of Babymetal’s latest music, as the duo are releasing their new album The Other One a month before they head out on tour.