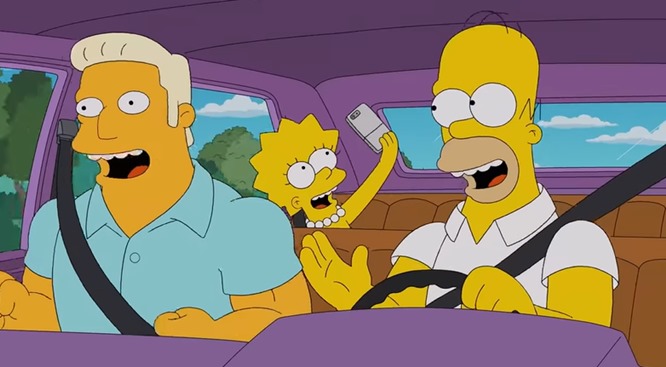 Fans of the K-pop girl group Blackpink must have been thrilled last night when watching The Simpsons, when it turned out Lisa likes K-pop, which led to Homer, Duffman and Lisa singing along to Blackpink’s ‘Lovesick Girls‘ — The Simpsons, Season 34, Episode 7, “From Beer to Paternity“.

Blackpink’s ‘Lovesick Girls‘ came out in 2020 as the third single from the Korean girl group’s first Korean-language studio album simply called The Album.


The high-energy electropop rap song hit #1 on charts in Malaysia and Singapore, as well as on the U.S. World Digital Song Sales chart.

It went on to hit charts in 15 other countries, and to be certified Platinum in Korea.

The ‘Lovesick Girls‘ music video was an even bigger success for the four-member South Korean girl group, as it earned them almost 62 million views in just the first day of its release.

That isn’t a big shocker though as the song is a helluva banger, especially the chorus, and the ‘Lovesick Girls‘ music video features all four girls in various bad situations because of a destroyed love, whilelooking as cute as hell and dancing up a storm at the same time.

Listen to Blackpink’s very cool ‘Lovesick Girls‘ as heard on The Simpsons last night in the song’s official music video, and on the group’s The Album album.