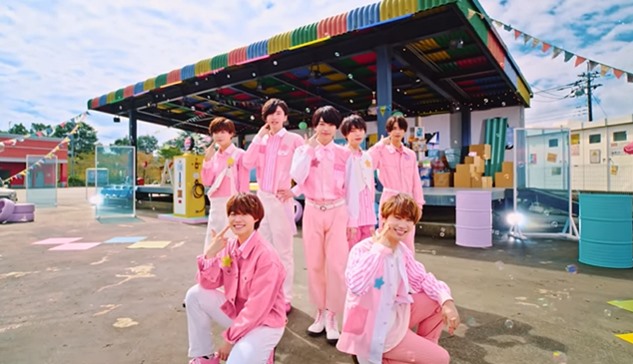 If you like cute Japanese boy bands, you won’t want to miss the debut of new band Naniwa Danshi.

Naniwa Danshi’s ‘Ubu LOVE‘ video is upbeat, cute, extremely colorful, the song is catchy and the boys themselves can definitely sing.

Oh, and yep, they dance too.

Along with the video, the boys have also uploaded a high-energy message video introducing themselves, teasing each other and talking about both their music and their YouTube channel.

Unfortunately, there aren’t English subtitles yet and YouTube does a terrible job at auto-translating Japanese but, if Naniwa Danshi becomes popular in the west, hopefully we’ll get them later.

The boys are very cute and they can sing. They should do well.