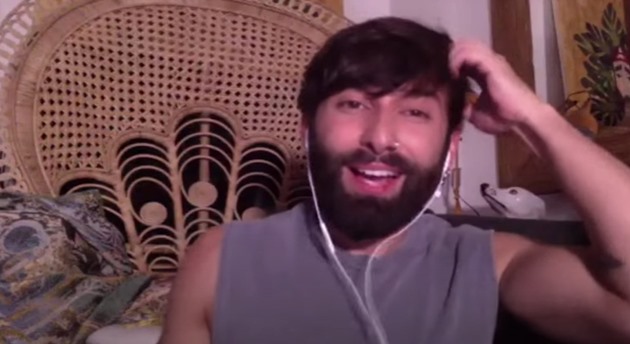 Austrian artist Conchita WURST, aka Tom Neuwirth, was a guest of American singer songwriter Adam Lambert this weekend at a roundtable of queer artists Lambert invited to his YouTube channel to talk about their experiences being a gay artist in the music industry.

An industry that might seem forward-thinking and risqué from the outside, but one that can be conservative in reality.

Especially when it comes to giving gay artists the same opportunities and promotion as straight artists. (Hell, even female artists struggle to get the same support and money spent on them as men in the straight white male-oriented business, so imagine what it must be like to be openly gay or gay and female!).

The conversation was part of a celebration for Gay Pride in the U.S., was sponsored by Lambert’s Feel Something Foundation and was moderated by Billboard magazine’s Ian Drew.

And, while I found the other comments from artists like Alex Newell, Mary Lambert, Shameer and Adam Lambert himself interesting, as is always the case when I watch a group that involves Tom Neuwirth, he is the one I am there to hear. 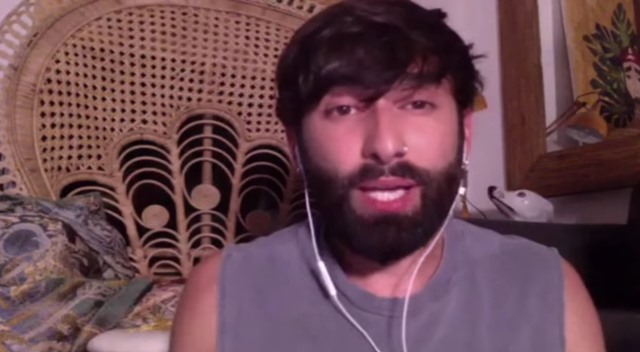 “They thought they can have someone that is very polarizing”

While I’m not going to write a novel about Tom Neuwirth’s comments, as you can listen to them in Adam Lambert’s video below, one thing he said massively stuck out for me.

A comment that made me realize I have probably been quite stupid in the past when it comes to Conchita WURST/Tom Neuwirth and realizing what baggage he carries around with him.

Baggage that obviously has impacted how he feels about himself and how he runs his career.

The comment was on his first ever experience with the music industry when, at the age of 17, Tom Neuwirth entered the Austrian casting show Starmania (there are a ton of clips of Tom at 17 on Glue Mors YouTube channel if you’re interested), and it quickly dawned on him one big reason why he was probably chosen for the show.

“I now know they probably cast me because I can sing a little, but also because I make good TV. Because I’m flamboyant and I’m out there, and they thought they can have someone that, you know, the audience can have an opinion about and be very polarizing…

And then I understood that and it kinda was “Okay. You want me for that a little bit more than actually what I want to (do)..you know…my singing…and I want to express myself through singing”.

But then I thought, “Okay, I can do that but, from now on, I’m a bearded drag queen and I will represent this country (Austria in the Eurovision Song Contest),

And so it dawned on me then, for probably the first time after six years of following his every move (like I said, I’m sometimes stupid) that Tom Neuwirth’s beginnings in the music business were more disappointing for him than I thought.

Because, being openly gay, he was not allowed to just sing on Starmania like the other male contestants who weren’t gay or, at least, were not telling the audience they were at the time.

Instead he was made to feel ‘lesser than’ — a figure of fun or a person that was being used to anger the more conservative element of Austrian society first long before he was wanted for his talent. Just so the show’s viewership would go up.

And, if that was the case, doesn’t Tom creating Conchita WURST make even more sense?

An alter ego created by Tom Neuwirth to be as flamboyant and camp and gay as she could possibly be because, after all, if that is what the music industry wanted, he would shove her down their throats until they choked on her.

And then still show them he could sing and that he would have the career he wanted. Even if he had to go a different way to get it. 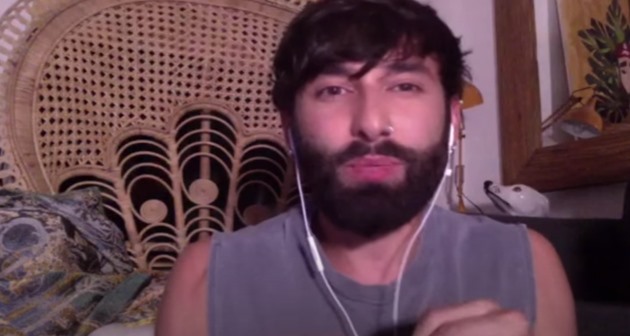 Like I always say, Tom Neuwirth is intuitively smart when it comes to making the best of poor situations.

As, instead of allowing the idiocy and homophobia of people in the music industry to make him feel bad about who he was, he used that stupidity to further his career.

Just like he did when he used the bigoted people that wanted him banned from Eurovision to get more publicity and to become more known than any other singer in that entire competition.

Because of that, when Conchita WURST went into the semi-final qualifier at Eurovision he was not only one of the most famous people to come out of Eurovision before the competition had even started, he was also the favorite to win.

And win, of course, he did.

In other words, his very beginnings at Starmania are another example of how Tom Neuwirth always uses the negative things that happen to him as stepping stones to get exactly where he wants to go.

Even if it means he takes a less direct path than other similarly talented singers who don’t have to work twice as hard or figure out how to circumvent the people that are using them for their own ends just because they’re gay.

Watch Conchita WURST, aka Tom Neuwirth, during Adam Lambert’s Feel Something Foundation‘s discussion about being gay in the music industry below.

Be sure to also watch the other queer artists involved in the discussion who, if you’re not gay, will make you realize both how privileged you are if you are lucky enough to fit easier into ‘the norm’ and how much so many people in the music industry damage others’ self-esteem without any second thought in order to further their own careers.