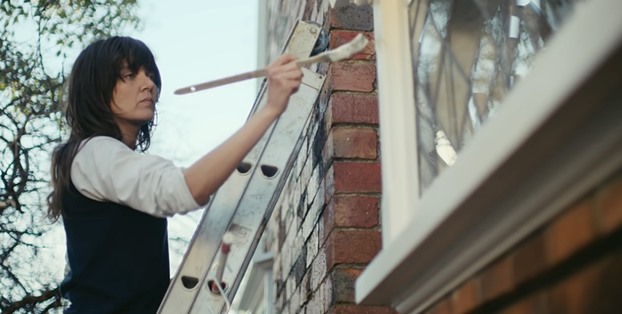 Quirky Australian rocker Courtney Barnett’s ‘Rae Street‘ music video hit YouTube yesterday, along with an upload of the track to Spotify and, can I say, boy I have missed her.

Barnett’s ‘Rae Street‘ is from the indie singer songwriter’s upcoming third studio album Things Take Time, Take Time, which was written in late 2020/early 2021 and is set to release in November via Mom + Pop Records.

The track’s music video showcases the banality of life — neighbors doing mundane things like taking out the garbage, painting window frames, walking their dogs, or teaching their kids to ride a bike — with Barnett wonderfully playing every role.

And, as is usual from Courtney Barnett, the lyrics of ‘Rae Street‘ are somber and sad, yet also strangely hopeful:

Get back to normal
Lay it all on the table
Yeah, seem so stable
But you’re just hangin’ on
Let go that expectation
Change the station
And find out what you want

Because, even though she might sometimes seem to be complaining about life, in her own unusual way she is actually telling you how wonderful it is.

Watch Courtney Barnett’s ‘Rae Street‘ music video and listen to the song on Spotify below, and keep an eye out for Things Take Time, Take Time.

It’s the follow up to her 2018 full-length release Tell Me How You Really Feel, an album that won an ARIA award for Best Rock Album and one that made it onto several Best Albums of 2018 lists.

You can pre-order it now via Barnett’s official website.