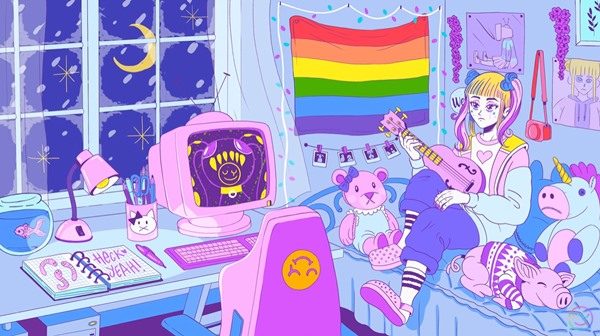 I listened to dark pop goddess Elliot Lee’s ‘My Favorite Things‘ right before Christmas, but then the song tragically popped out of my brain as the holiday season craziness took over.

Thanks to the YouTube channel Mr. Suicide Sheep, though, this awesome song appeared in my feed again and, this time, I made myself a damned note to make sure I mentioned it to you.


Because Elliot Lee’s version of the iconic The Sound of Music song ‘My Favorite Things‘ is bloody fabulous.

Particularly because, as someone who now lives in Austria where The Sound of Music was filmed, I have found it hilarious since I got here that, not only have most Austrians never seen the film, half of them have never heard of it.

If they had though, with the typical Austrian psyche being all about the darker side of life, their singing of ‘My Favorite Things‘ would avoid the movie version completely and head straight for Elliot Lee’s.

Because hers is a song that starts off quite Julia Andrew-ish as the Brooklyn-based alt pop artist softly sings about “raindrops on roses and whiskers on kittens”, but it quickly progresses into a creepy Billie Eilish-style rhythm that then morphs again into something even more disturbing. (And yes, Eilish herself is sometimes disturbing enough.)

Something louder, harder, more painful — a yell, a cry, a scream — and you realize quickly those lovely ‘favorite things’ Elliot Lee is singing about at the beginning are nothing but a lie covering up a helluva lot of hurt.

All I can say is she’d fit right in here in Austria.

Listen to Elliot Lee’s ‘My Favorite Things’ in both the Mr. Suicide Sheep video below (because I do like that Shinobu graphic) and on Elliot’s own  deceptively sweet visualizer music video for the track above.

And I could tell you a little bit about the fabulous Elliot Lee myself, but I actually like how she describes herself on her official website — especially when she reminds you that you are never alone (because that is so damned important to say):

Elliot Lee fuses dark pop melodies with edgy vocals and innovative electronic-rock soundscapes to create an unpredictable sound, acting as a voice for the voiceless. Elliot Lee holds an awareness of what music that is unhindered by norms can do for the underrepresented.

This bravado oozes through the cracks of her homemade music, with tracks that are laced with late-night-slumber-party confessions and existential cognizance. Inspired by the feeling of loneliness, Elliot’s music acts as a reminder that you are never alone.