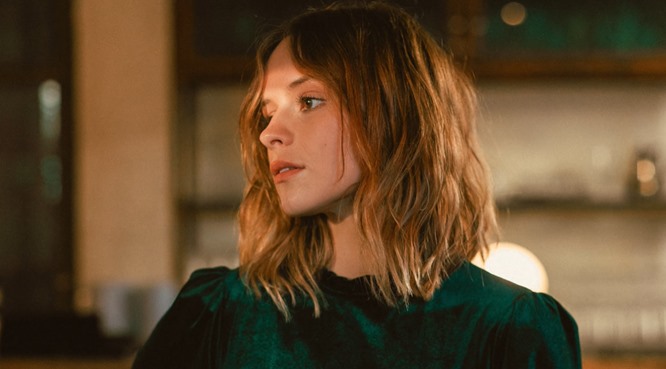 Gabrielle Aplin’s ‘Merry Xmas (War Is Over)’ is beautiful

Many people who are now fans of British indie folk, indie pop singer songwriter Gabrielle Aplin probably became so when Aplin was chosen to record a cover of Frankie Goes to Hollywood’s ‘The Power of Love‘ for the John Lewis Christmas advert.

That iconic song for that iconic Christmas advert thrust Gabrielle Aplin into the music spotlight in the UK back in 2012, and then catapulted her to the top of the UK Singles chart.


This December, Aplin is back with another cover of a classic Christmas song.

This time it is Gabrielle Aplin’s cover of the John Lennon song ‘Happy Xmas (War Is Over)‘ and, yes, it is just as lovely as her previous success.

So much so, I had this one on repeat for quite a while this afternoon, as I got myself in a better mood for the beginning of the holiday season.

After all, her clear yet almost-smoky sounding vocals give this song a nice light but somewhat melancholic feel that makes me think about past Christmases that were much better than the one this year will be for me.

Considering I am stuck in Austria alone with a planned trip back home to the U.S. now cancelled due to lockdowns, masks and panic and fear (not from me!) overshadowing so much of this Christmas season around the world.

But, if anyone can make you feel more hopeful and happy when it comes to Christmas, it’s Gabrielle Aplin and her gorgeous Christmas songs.

Listen to Aplin’s ‘Happy Xmas (War Is Over)’ in the video below, because she has done it again.

And, just in case you’ve forgotten how stunning her version of ‘The Power of Love‘ was, watch Aplin’s music video for that one down there too.