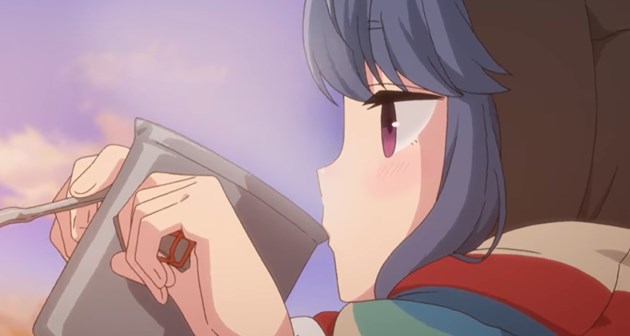 If you are a fan of slice of life anime, chances are you have already watched Laid-Back Camp (aka Yuru Camp), last year’s hit cute girls doing cute things anime series and one of the best anime of the decade.

Just about the best thing about Laid-Back Camp, of course, is protagonist Rin Shima. The coolest girl from any anime ever, and one that is perfectly happy to go camping anywhere in Japan all by herself.

In fact, she prefers it.

Along with camping though, Rin also cooks and, while her campfire-side meals might be simple, if you have ever tried making one yourself you will know what I already know — Laid-Back Camp meals are surprisingly tasty.

Take Laid-Back Camp Rin’s soup-style pasta. The first ever meal the intrepid solo camper made by herself when on a camping trip.

The dish Rin cooked over a small camping stove can be made in just one pot. The perfect meal when you’re out camping and want to eat something simple and quick, but also easy and nice for a night back at home watching anime.

Especially because only a few ingredients are required, and all are pretty cheap. 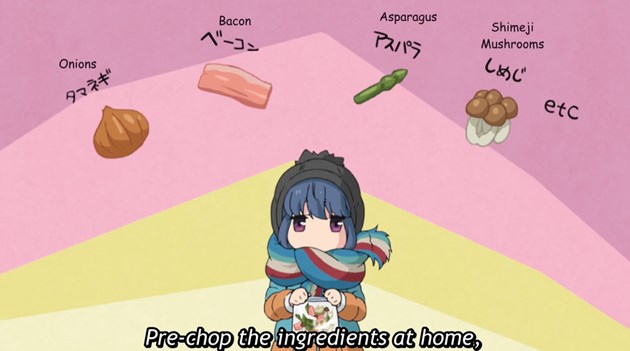 The amount of ingredients you will need for Rin’s soup-style pasta depend on if it is just for you or for others too, and how large of a portion you are likely to eat.

A handful of shimeji mushrooms (any type of mushroom will do) 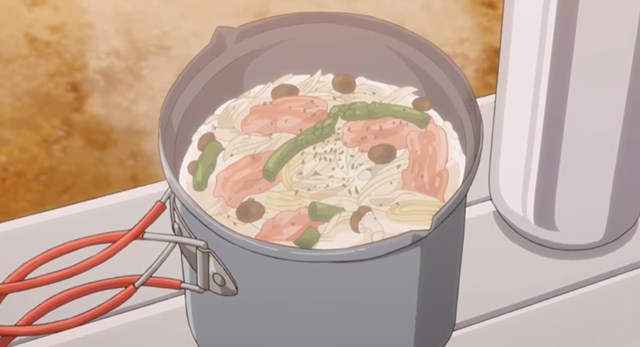 If you are going to be cooking Rin’s soup-style pasta on a camping trip,  make it easier by pre-chopping the onion, bacon, asparagus and mushrooms before you set off.

You can then store them in plastic bags or plastic storage containers to keep them fresh.

Once you are ready to cook, put some olive oil and chopped garlic into the pot, add the fresh ingredients and a stock cube (I use a vegetable stock cube, but you could use chicken or anything else to your taste) and stir while the veggies and bacon begin to cook.

After a couple of minutes, put enough dried pasta in the pot so that it is covered properly with the liquid and will cook correctly.

Keep the pot on the heat and cook.

As the clip from Laid-Back Camp below reminds you though, if you are camping at a higher altitude, the boiling point will be lower so make sure you don’t undercook or overcook it.

The easiest way to make sure neither of those things happen is to use thin noodles.

Finally, add 200 millileters of milk and two slices of processed cheese. Boil for a couple more minutes, add a shake of black pepper and Rin’s soup-style pasta is ready to eat.

And yes, I have made it (several times!) and, yes, it is delicious.