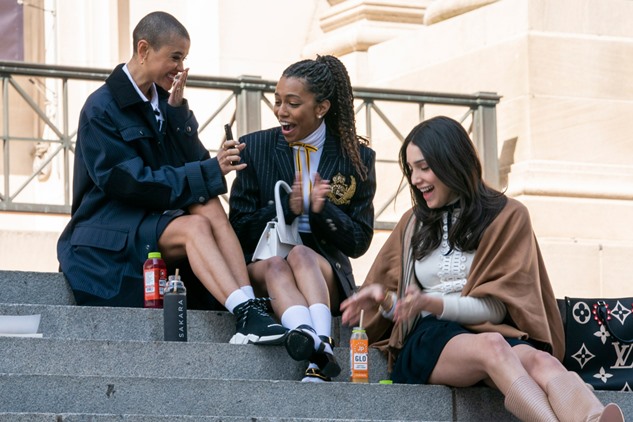 The Japanese House’s ‘Dionne‘ was one of the songs featured on Gossip Girl last night — Gossip Girl, Season 1, Episode 4, “Fire Walks With Z” — on the episode that aired on July 29th, 2021.

The song was played on the soundtrack during the montage at the end of the episode.

The track itself was released in mid-2020 via the Dirty Hit record label on the project’s four-track EP Chewing Cotton Wool.

Uunfortunately, while the song starts off clean, ultra pop-y and cool, it quickly devolves into a muddy chorus with a slew of extraneous sounds and extreme distortion that make it nowhere near as pleasant as its beginning.

Listen to The Japanese House’s ‘Dionne‘ as heard on Gossip Girl in the band’s video below, and on their Chewing Cotton Wool EP.