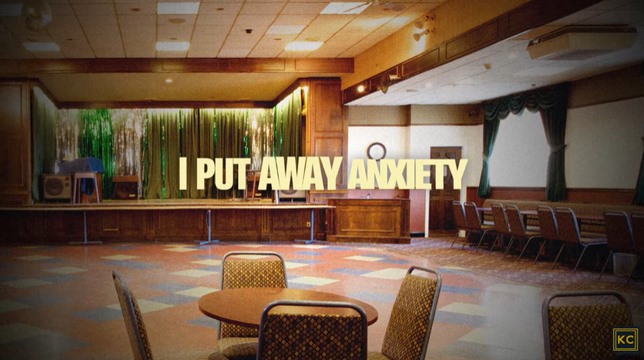 I will be the first to admit, it has been a while since I have listened to any music from Kaiser Chiefs.

Not because I don’t like their songs, I do, but because it has been a while since the English indie rock band has released new music. Some time in 2020, if I’m not mistaken, when their last non-album single ‘Zombie Prom‘ came out.


That interval between songs has ended this week, however, with Kaiser Chiefs’ ‘How 2 Dance‘ being released. A single from their upcoming new album that is a banging dance track, with a helluva beat and an addictive chorus.

Kaiser Chiefs’ ‘How 2 Dance‘ also came with an official lyric video on Friday.

A simple video with lyrics flashing on the screen against the backdrop of an empty, old-fashioned looking dance floor.

The song, produced by former Rudimental member Amir Amoris, is the first release from the band’s upcoming new album, which will be the follow up to their 2019 album Duck.

According to band lead singer Ricky Wilson, in a conversation with NME this week, the album should be completed soon, and is set to be released some time in 2023.

Wilson also mentioned iconic musician and record producer Nile Rodgers has had quite a bit of influence on the band, after several sessions they had with him last year.

Something you can definitely hear in Kaiser Chiefs’ ‘How 2 Dance‘ as, Good God, isn’t that one of the most addictive dance tracks you’ve heard in a long while?

Meanwhile, Kaiser Chiefs kicked off their new UK tour this week. It runs through November 19th, with the remaining dates looking like this:

Now listen to Kaiser Chiefs’ ‘How 2 Dance‘ in the song’s official lyric video below. But try not to become as addicted as me, eh?

And, of course, keep up-to-date with the band’s upcoming new music via their website.