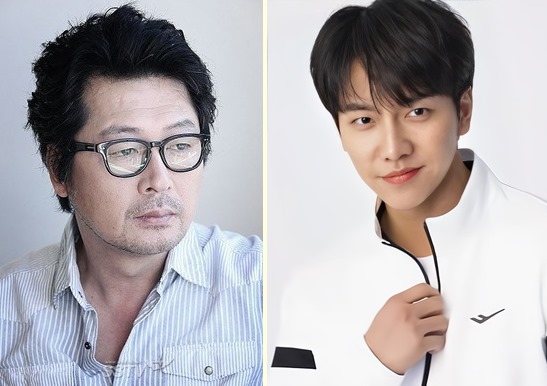 Well, this should be interesting.

According to Korea’s News 1, Kim Yoon-seok (Escape from Mogadishu) and Lee Seung-gi (The Law Cafe) are teaming up to work together in the new movie Big Family (aka  대가족).


The upcoming film is being directed by Yang Woo-seok (The Attorney and Steel Rain), and is a comedy about a man (played by Lee Seung-gi) who decides to give up his plan to study to be a doctor, and become a priest instead.

As you might imagine, his family has a strong reaction to that.

Big Family will be somewhat of a departure for the 55-year-old Kim Yoon-seok who, recently at least, has been starring in some quite somber and somewhat depressing films. (Sea Fog, The Classified File, Dark Figure of Crime and The Fortress)

After being trained by the Theater Yeonwoo Company, for much of his early acting career Kim Yoon-seok made a name for himself as a talented stage actor.

He then moved to TV and film where he spent a few years being awarded minor roles before his breakthrough as Agui in Tazza: The High Rollers in 2006.

From then on his roles in more gritty films were all but assured.

After starting out his career as a singer, Lee Seung-gi is fresh off his role in the drama series The Law Cafe, as well as roles in romantic comedies like The Princess and the Matchmaker, Love Forecast and The Producers.

So starring in a new comedy may not feel so different.

So far, there isn’t much news about Big Family, except for Kim Yoon-seok and Lee Seung-gi’s involvement with it.

To see these two very popular and very talented actors work together, though, could just be worth the wait.

We’ll keep you posted as soon as more information is released.