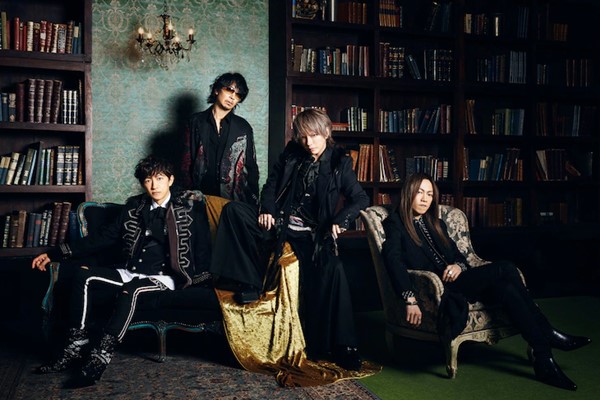 The sci-fi anime Edens Zero opening theme song (well, for the second part of the first season of the anime series) got a music video this weekend from the Japanese rock band that performs it, and it’s pretty cool.

The L’Arc-en-Ciel ‘Forever‘ music video was released yesterday, and features the band performing the track while interspersed with footage of various couples arguing. (Watch below)

The arguing ends, however, when the man in each couple stops the argument by proposing marriage to the woman and, yes, ‘forever’ then becomes their future.

L’Arc-en-Ciel’s ‘Forever’ was digitally released back in July in Japan, with a CD release in September.

If you are not familiar with L’Arc-en-Ciel, they have been one of the most popular rock bands in Japan for decades — since the early 1990s when the band was first founded.

The band currently has 12 studio albums out, a live album, and a slew of compilation albums., as well as a massive number of singles, most of which have been certified Gold, Platinum or Triple Platinum.

Watch L’Arc-en-Ciel’s ‘Forever‘ music video. The song itself is an upbeat rock song with superb vocals, a lovely melody and a very cool guitar interlude. A bit of a banger, in other words.

The track is also the perfect Edens Zero opening theme song, as its sound really does encompass the excitement and drama of Shiki’s journey.

Edens Zero, by the way, finished its first season in Japan yesterday, although those of us watching the series outside Japan on Netflix are still waiting for the second half of the season, with no news yet as to when that will be.

Honestly, it’s why I prefer watching most of my anime on Crunchyroll, as they tend to release series minutes after they premier in Japan. Bleh.